Five reasons why you have to check out Guilty Gear -STRIVE-

Arc System Work's brand-new fighting game is here, and here's why you need to play it!

GUILTY GEAR -STRIVE-
Discover the Smell of the Game with Guilty Gear -Strive-! Immerse yourself in new gameplay mechanics designed to be simple and welcoming for fighting game newcomers, yet deep...

Arc System Work’s Guilty Gear series has been part of the fighting game scene’s furniture for over two decades now and has a bit of a reputation of being one of the fastest, most complex games in the genre.

Seeing the beautifully animated characters zipping through the air, performing spectacular moves and landing lengthy combos is on one hand, a whole load of fun but on the other, it can be quite intimidating for the new player - especially in a genre that can make short work of new players who aren’t ready for the online world.

Guilty Gear -STRIVE- has been touted by the developers as a bit of a fresh start for the series and, perhaps crucially, one that has simplified and refined a lot of the core concepts that Guilty Gear and its characters are known for into something a bit more approachable for the new player.

In short, there's never been a better time to jump aboard and get into the world of Guilty Gear. Here’s five reasons why you should take a look at -STRIVE- and why it is a wonderful starting point for not only the series but fighting games in general.

It looks like a fully interactive anime movie. Building on the stunning accuracy that Dragon Ball FighterZ brought to the table

It also has the characteristically over the top heavy metal soundtrack, with every character and stage having their own memorable theme. Now, although May’s pop-punk track might be currently splitting opinion on the internet, overall there’s far more hits than misses, with series creator and soundtrack composer Daisuke Ishiwatari absolutely shredding on some of these character songs.

The thrash metal meets Queen riffage of the unfortunately named title track 'Smell of the Game' to the stomping banger of new character Nagoriyuki’s theme song are two particular highlights.

Now, although Guilty Gear lacks the household name of a Ryu or a Scorpion, the motley crew available to you are not without their own charms. You know you’re in for a bit of a treat when the new character is a near seven foot vampire samurai wearing a mechanical helmet and has a gigantic katana that drinks the blood of his enemies.

How about a sailor girl who fights with a giant anchor and has an arsenal of whales and dolphins, yeah?

They’re very much a varied bunch, dripping with style and all extremely unique. As well as being visually very varied, they all fight with their own unique styles.

The aforementioned Nagoriyuki has no dash and requires a slow, considered approach with huge strikes dealing massive damage. Leo has a back-turned stance where he cannot perform a traditional block and therefore is extremely vulnerable but in that stance he can quickly dish out an overhead or low mixup, forcing the opponent to guess if they need to block standing or crouching and if they get it wrong he can perform combos that strip the health from their bar.

Then there’s Rammethal, who is flanked by two gigantic robotic swords that give her incredible range and can be thrown as a projectile. Without them, however, she loses a significant amount of what makes her a strong character and she needs to pick them back up off the battlefield, forcing a change in strategy. There's either a character design you're going to vibe with or a fighting style you’re going to enjoy in -STRIVE-, so play around and see what works for you.

The basics of fighting games is, of course, present in -STRIVE-. The usual overhead, low, throw rock paper scissors to open up a guarding opponent is at the core but Guilty Gear has always been a game with a much more aerial-based offense.

You can dash backwards and forwards while jumping to get in and apply pressure to your enemy. The unique element, however, is in the ‘Roman Cancel’ system.

By using a chunk of your Tension Gauge, you can cancel either the recovery or start up animation frames of any special move, allowing you to create really specialised offensive or defensive situations. Throwing out a fireball, Roman Cancelling the recovery animation frames so you can start moving again immediately and you can follow it towards your enemy like a moving wall.

You can use it in a similar way to make punishable special moves safe, or trick your opponent into jumping or making a move that you can capitalise upon. These are very basic examples and the system has so many complex uses that it would be impossible to do them justice outside of an exclusive article but they are a huge part of the Guilty Gear DNA.

If that all sounds a bit complicated, then don't worry, -STRIVE- comes with a very robust series of tutorial options that range from the basics of movement, offense and defense to very specific high level tricks. -STRIVE- teaches you to not only play it specifically but also introduces you to a lot of concepts and ideas that are fairly universal in the fighting game genre.

Things like mixups, 'okizeme' and option selects are all shown to you with interactive examples, allowing you to put into practice these advanced tactics and give you an understanding of what exactly you are doing and, in theory, provide you with some knowledge you could apply to other fighting games.

Another brilliant feature of the -STRIVE- tutorial is the inclusion of some match up specific tips. So, if your chosen character is struggling to beat a particular character, you can see a few crucial things you should know as to what to do in that match, showing you where holes in defense lie or where you can potentially mount a counter attack.

This is the kind of information that might not be worth looking into when you first pick up the game but as you improve it will slowly become essential and is normally the kind of thing you'd have to dive into Discords or YouTube videos in order to find. Simply having it all accessible within the game is an absolute godsend.

The real cherry on the cake of Guilty Gear -STRIVE- is the choice to go with rollback netcode. In a genre where split second reactions can be the difference between top players, there’s no room for laggy connections between players.

Essentially, rollback netcode sends multiple versions of the game between the players and ‘rolls back’ to the correct outcome, ensuring that the correct situation plays out for both players simultaneously. It is far more satisfying than the now quite old fashioned ‘delay’ based netcode, which simply runs the game on a slight delay so the correct outcome can be sent to both players, which can feel like you’re playing the game underwater when the distance (or bad connection) dictates a greater amount of delay needed.

The initial beta of -STRIVE- was running on delay based netcode but Arc System Works listened to their community and delayed (no pun intended) the release of the game in order to implement rollback properly. Given the current global pandemic forcing a traditionally ‘offline’ scene into their homes and putting a priority on good quality online competition, this was the best possible move.

The connections encountered in -STRIVE- are, at their worst, still playable. There’s been reports of US players fighting against top Japanese players, something that just isn’t possible in many other fighting games on the market.

This is a real line in the sand for what should be expected moving forward and the positive reaction to this will hopefully be heard by other developers in the genre. 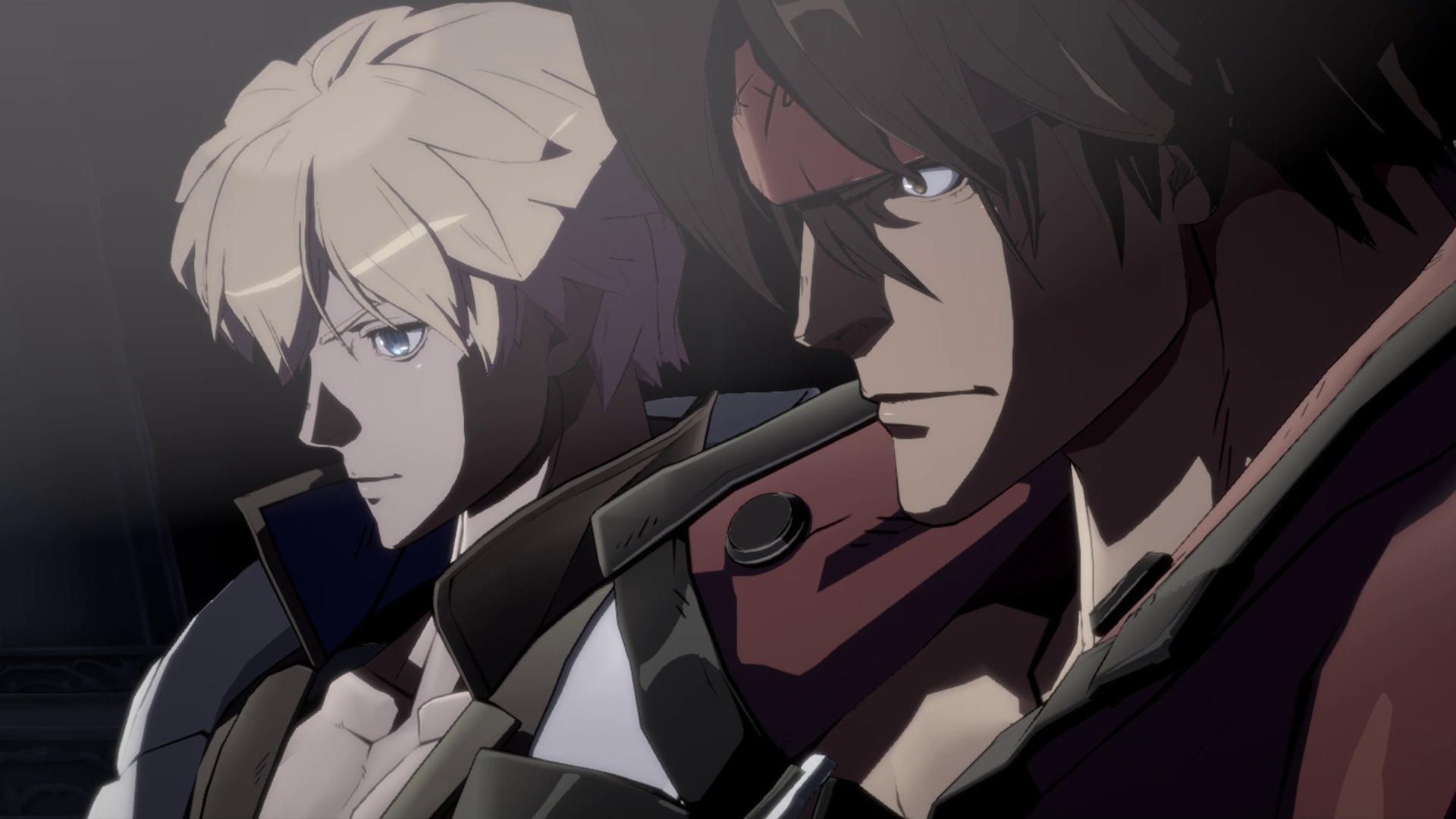 Build your own Triple Pack
View

Alien: Isolation - Is one of the best horror games

Games to Play While You Wait For Warhammer 40,000: Chaos Gate

Games to play before Elden Ring