Star Wars: Squadrons - What we know so far

Star Wars: Squadrons, the latest Star Wars game from EA, is coming out October 2nd, 2020 - that’s only a few scant months away!

Star Wars flight sims fans who grew up on 1990s classics like X-WING and TIE FIGHTER are chomping at the bit to compete against other pilots and enjoy its single-player campaign. If we concentrate hard enough, we can use the Force to discover choice details about the game itself, and what we know so far ahead of release.

May the Force be with you

Gamers can learn the ropes of the game by playing through its single-player campaign. Set after Star Wars Episode VI: Return of the Jedi, players work their way through an original story that crosscuts between the Empire’s Titan Squadron and the New Republic’s Vanguard Squadron.

It’s supposed to have cameos from famous characters from the movies as well. In the single-player campaign, just like in the multiplayer, players can customize their Rebel and Empire pilots to look just the way you want them.

Dogfight is the more traditional of the two. A deathmatch among the stars, players can hone their flight and combat skills taking down other pilots with their favorite loadouts on their favorite ships.

Fleet Battles is the cream of the crop here. Join a squadron of 5 pilots and fight against other players or the AI in a battle against an enemy flagship that takes players through multiple phases.

There’s a total of eight starfighters players can pick from. The Republic has X-wing, Y-wing, A-wing, and the quirky U-wing. Imperials have the TIE Fighter, TIE Bomber, TIE Interceptor, and the sinister TIE Reaper.

That's not a moon, it's a space station!

Part of the fun of flying starfighters in the Star Wars universe is the different environments you can fly in. Star Wars: Squadrons has six different maps: Yavin Prime, Esseles, Nadiri Dockyards, Sussubo, Gaitan, and the Zaivan Abyss.

What’s really surprising here is how few of these planets are recognizable locales from the films. This will give players all sorts of fresh visuals and obstacles to fly their ships in. The Zavian Abyss with its crackling electrical energy looks especially interesting.

I've got the power

The Starfighter Assault mode in Star Wars Battlefront II received criticism for being too simple with its gameplay. Star Wars: Squadrons ups the ante by bringing back the power management system from the classic X-Wing and TIE Fighter games.

Players can divide power on the fly between engines, lasers, and shields. It makes combat much more tactical and dynamic. Do you want to have powerful lasers and slow ship or go for a more balanced approach? There’s a lot of possibilities to mix and match here.

Real flight nuts can drill down into Star Wars: Squadrons even further with the rich variety of Components they can equip on their ship. Instead of something simple (Level II guns are stronger), players will have to make hard decisions on how they want to tweak their ship.

Auto-Aim Cannon might work good for rookie pilots, but a veteran might prefer the wider attack pattern of the Burst Cannon. Lasers, Ion Cannons, Turrets, Shields, Engines, and more can all be tweaked with the Components system ensuring there are plenty of ways players can mod their ship to their own liking. 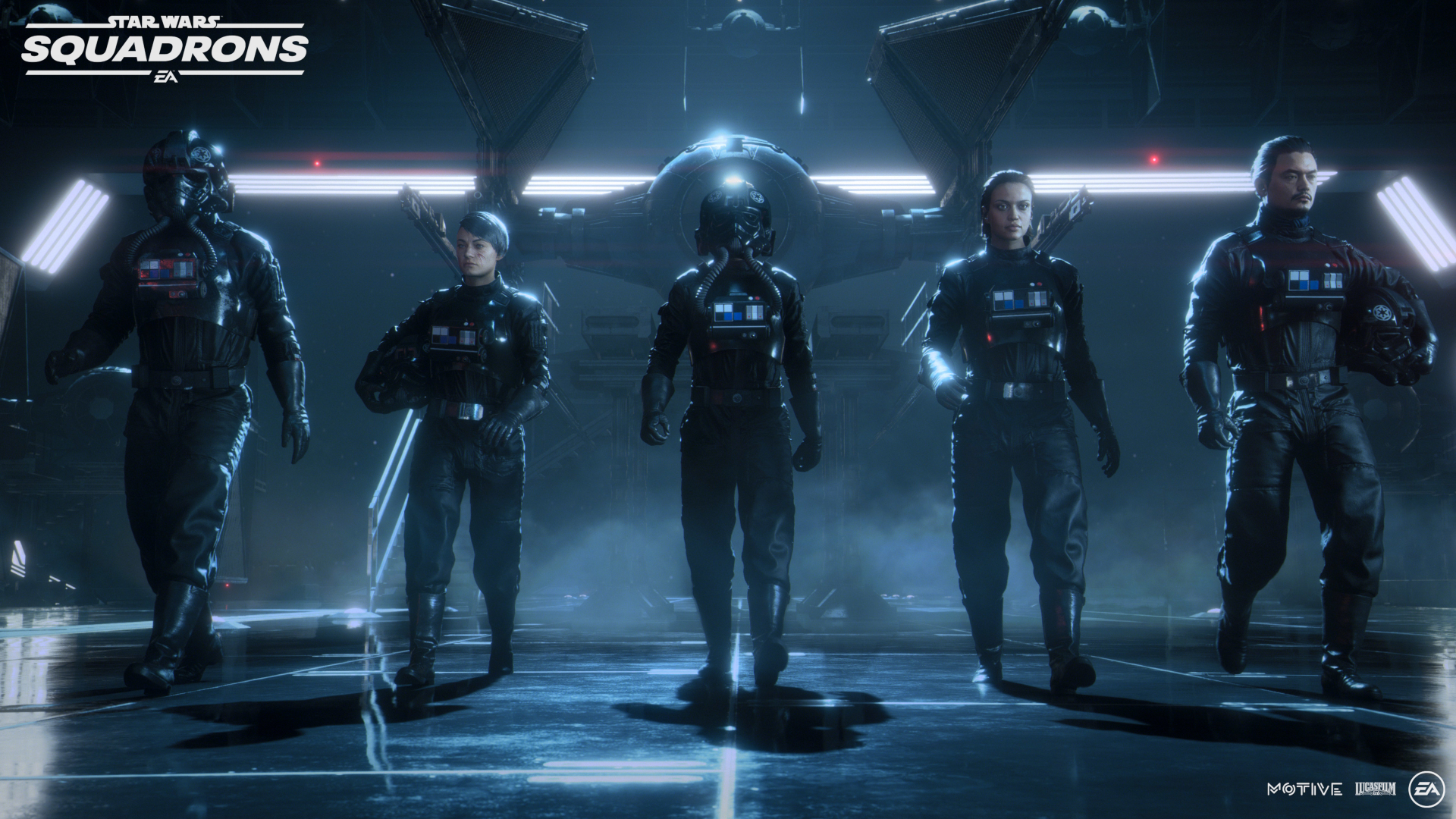 Star Wars: Squadrons has a single player campaign, eight starfighters to pick from, two exciting multiplayer modes in Dog Fight and Fleet Battles, and six different locations to battle in. There’s bound to be something for any Star Wars flight sim fan!

From
£0.85
Build your own Triple Pack
View

How To Build A Bundle With the Quest VR Bundle

Summer Scorcher deals - Great PC games for $5 and under