Rated 'EXCELLENT' Based on 68,708 reviews
14 Day Money Back Guarantee on this product** 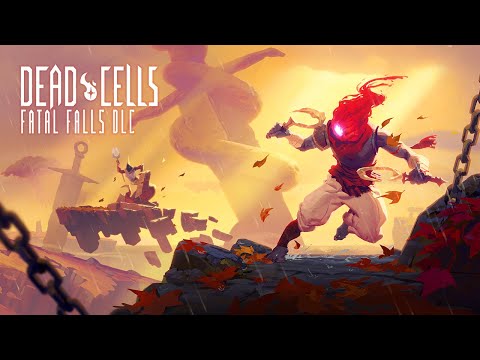 Gain a sharp and somewhat overprotective aerial ally as you fight through two new biomes and a boss! Challenging level designs will force you to rethink your approach in this new mid game content designed to add variety to your runs and continue support for the development of the game.

Try not to fall as you wind your way along the sheer cliffs of the island’s coast. Explore floating shrines, infiltrate the lair of an outlawed secret society and learn the tells of a new boss. This is new mid game content for people looking for alternatives to the Stilt Village, Clock Tower and Time Keeper areas and their parallels.

Team up with a powerful new Brutality based ally. She’s bloodthirsty and head over heels with you, so be gentle. Or not… Either way you’ll need her help as you explore more of the island; spread over two new levels and a boss fight which include four and a half new enemies, a veritable arsenal of weapons and of course a bunch of hidden tidbits of lore.

The Fractured Shrines: While the breathtaking view may be distracting, you’ll need to keep your eye on the crows as you caper from platform to platform, sidestepping spear-wielding snakes, skirting sadistic new traps and vaulting over the seemingly bottomless void. All this, while trying not to wake the menacing axe hefting stone statues. Nothing to it.

The Undying Shores: Your holiday plans have been spoiled by enemies that won’t seem to stay dead, which is something of a problem when attempting to navigate a slippery cliff face. Worse still, the weather’s taken a nasty turn and doused your hopes for some R&R on the beach, not to mention the creepy lantern wielding wizards that keep blocking your path with their shovel brandishing minions. It’s turning out to be rather stressful really.

The Mausoleum: A new humanoid boss with his own story to tell, tough pattern based combat and a magnificent setting for a showdown.

On top of the new areas, enemies and pet sword… thing... you’ll of course need new tools for killing, wouldn’t be much of a DLC without them to be fair. Here we’ve added in a bunch of new weapons with designs that might take a little more figuring out than some (they can’t all just be frying pans), but once you’ve got the hang of them you’ll be unstoppable.

£4.49
Activates in United Kingdom
Also available in this bundle
Dead Cells - The Fatal Seed Bundle
£26.99
Downloadable Content. This content requires the base game on the same platform in order to play
Get a coupon for ...
5% Offyour next order
when you purchase this product
Exclusions apply. The coupon will be emailed to you.
Redeem on Steam
This game requires a Steam account to play.
Instant delivery
Your purchased keys will be available immediately.*
Officially licensed
All our keys are sourced direct from the game's official publisher.