Rated 'EXCELLENT' Based on 68,675 reviews
14 Day Money Back Guarantee on this product** 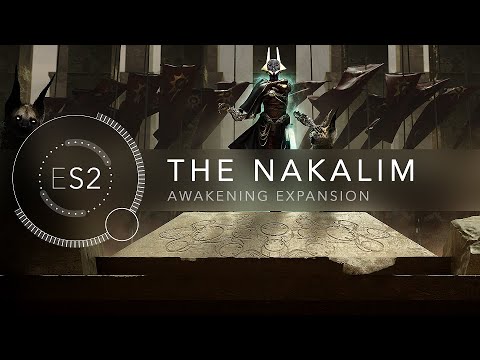 Endless Space 2: Awakening introduces the Nakalim playable Major faction as well as the Academy Empire. You will now be able to interact and negotiate directly with Isyander. As his grand plan begins to unfold and rumors of the Lost begin to circulate, the Academy is set to take a more active role in the future of the galaxy.

A once-vast galactic empire that fell into decline when their gods, the Lost, were slain, this ancient race of devout explorers dreams of the day when those same gods return. The fact that they have been reawakened means half of their prophecy has come true. And the rest... ?

They have a large Technology head start, but are very poor at Science and must rely on discovering lost Relics to learn new technologies. Their relationship with the Academy allows them to gain control over other systems through the Influence of their Temples, then convert them to work for the Academy (in exchange for a handsome reward, of course).

The Nakalim are a devout and ancient faction of explorers, warriors, and believers. Their Heroes focus on exploration as well as the development of systems and diplomatic influence, where they can gain strong bonuses.

Powerful on defense and oriented towards exploration, Nakalim fleets are the tools of an empire seeking to rediscover and take control of its ancient territories.

The Xirmisala are Dust-sensitive philosophers, skilled at improving Dust revenues and exploiting exotic and unusual planets. They seek only calm, an outlet for their curiosity, and not to be exploited for their unusual skills.

The Academy becomes an empire that can manage star systems, fleets, and colonize new worlds. Isyander, the leader, will send requests asking you to contribute to its expansion--and can reward you with unique powers like Academy Roles and Named Ships.

Four very powerful Academy Roles assigned by Isyander to those who contributed the most to their expansion:

The Grand Admiral is given temporary command of one of the Academy’s two attack Master Fleets, along with the flagship “The Colorless Fist”.

The Master of Dus has the keys to the coffers of the Academy (specifically to the diplomatic reserves) to use as they see fit, plus the ship “The Sum of All Pains”.

The Vault Keeper allows you to pick a political party not currently in your Senate and temporarily make all the party’s laws available to you. The ship “Instrument of the Will” also becomes yours.

The Librarian gets access to privileged information, for a price. The questions vary from economic, military, diplomatic, etc. to secrets of the history of the galaxy, and they also receive the ship “Warden of Knowledge”.

£9.34
£10.99
-15%
Will not activate in United Kingdom
Spend over £8.00 in a single order to get the following items for free.
FREE
Downloadable Content. This content requires the base game on the same platform in order to play
Get a coupon for ...
5% Offyour next order
when you purchase this product
Exclusions apply. The coupon will be emailed to you.
Redeem on Steam
This game requires a Steam account to play.
Instant delivery
Your purchased keys will be available immediately.*
Officially licensed
All our keys are sourced direct from the game's official publisher.