Rated 'EXCELLENT' Based on 69,115 reviews
14 Day Money Back Guarantee on this product** 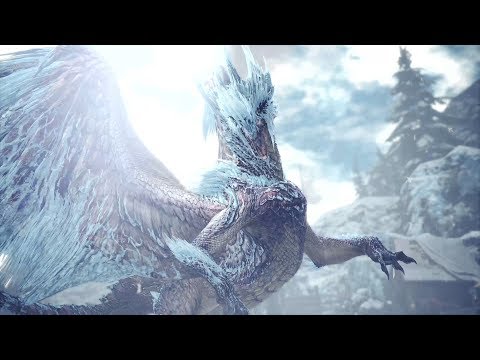 With this DLC Steam PC key, you'll pick up from the end of the storyline in Capcom's biggest selling game to date, and join forces with the Research Commission once again to explore the undiscovered new land of Hoarfrost Reach - the largest map in the game yet!

NEW LANDS TO EXPLORE
As well as the Hoarfrost Reach, Hunters who progress into the later stages of the game will unlock the Guiding Lands - a new Master Rank Location with a number of different locales housing some of the big bad monsters such as Stygian Zinogre, Gold Rathalos and Savage Deviljho.

Please note: The base game Monster Hunter: World, sold separately, is required in order to play this content.

90
Critic Review Score
(107 Reviews)
Reviews provided by OpenCritic
IGN
Tom Marks
9 / 10
"Monster Hunter World: Iceborne adds loads of impressive monsters and tons of quality-of-life improvements to an already incredible game."
Game Informer
Kimberley Wallace
8.3 / 10
"Iceborne is a hefty expansion that provides a bigger, badder challenge. The fights can be both exhilarating and maddening, making it an experience of intense highs and lows"
PC Gamer
Sam Greer
82 / 100
"Fails to explore its themes but still delivers the series' most potent monster hunting yet."
Reviews provided by OpenCritic
Redeem on Steam
This dlc requires a Steam account to play.
Instant delivery
Your purchased keys will be available immediately.*
Officially licensed
All our keys are sourced direct from the game's official publisher.

£30.70
£34.99
-12%
Activates in United Kingdom
Downloadable Content. This content requires MONSTER HUNTER: WORLD on the same platform in order to play
Get a coupon for ...
5% Offyour next order
when you purchase this product
Exclusions apply. The coupon will be emailed to you.
Redeem on Steam
This dlc requires a Steam account to play.
Instant delivery
Your purchased keys will be available immediately.*
Officially licensed
All our keys are sourced direct from the game's official publisher.