Rated 'EXCELLENT' Based on 68,741 reviews
14 Day Money Back Guarantee on this product** 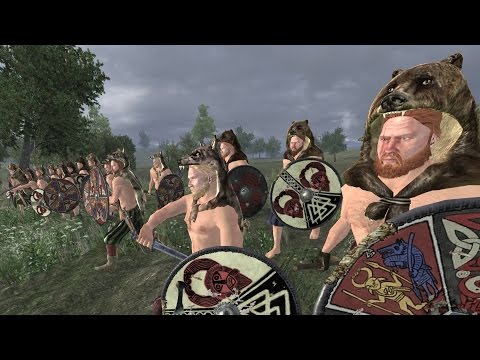 Viking Conquest Reforged Edition is a completely free update to all owners of Viking Conquest, which adds a host of new features and content as well as re-balancing and fixing previous issues with the DLC. Play through an all new storyline set in dark, mysterious Ireland, befriend a canine companion and master the art of fighting with the unpredictable Berserker units. Rekindle your passion for Viking warfare and reforge your path in this much improved version.

The Last Tuatha De Danann
All new story, set in dark, mysterious Ireland where nothing is what it seems and truths are hidden...

Dog Companion
A loyal canine friend who will stay by your side, even on the battlefield.

Start As Leader of a Faction
Skip the rise to power and get straight into Reforged Editions expanded kingdom management.

Crouching and Hunting
Feed your men a better variety of food by hunting wild boar but beware, startle these creatures and they're liable to attack.

Working (minigames)
Out of luck and out of pennings. Commit yourself to an honest day's work in a quarry, mine or farmstead.

New Ambush System
There is no greater weapon than the element of surprise; catch your enemies off guard with an ambush attack. Though you must keep your wits about you, or you could be the target of an ambush yourself.

Adventuring Companions
Companions that leave the player's party from discontent may now strike out on their own as adventurers, gathering their own forces and making their mark on the world.

New Quests and Roleplay Events
Discover assassination plots, interfere in affairs of religion and more with these new sandbox quests.

New Items
Dozens of new weapons and armours as well as updates to old visuals.

Battles
Improved enemy AI, incorporating tactics and formations add a new dimension to battles. Shock troops such as the Berserkir fight like animals but in the heat of battle may not distinguish friend from foe.

Kingdom Improvements
Customise your kingdom's colour, ransom prisoners to the enemy and raise your peasants as a levy army in times of need.

Expanded Multiplayer
New scenes and Raid game mode. Improvements to the UI and additional options for server admins to take control of the invaders in Invasion mode.

More Immersion
Special player traits and the ability to spread rumours to influence people throughout the land. More lively scenes with domestic animals walking around. Extra information about your companions and the option of a second player outfit for use outside of battle, as well as much more roleplay and many more immersive features.

Customise Your Level of Difficulty and Goals
Set your own goals to become an Infamous Raider, Strong King, Beloved Warrior and more. Customise your difficulty options to cater your own experience and challenge.

From the creators of the popular “Brytenwalda” mod, “Viking Conquest” is a brand new DLC for Mount & Blade Warband! This single and multi player DLC brings Mount & Blade to historical Dark Age Britain, complemented by authentic scenes and cultures. The DLC features a story mode with a complex plot, where choices have real consequences, as well as a standard sandbox mode in an all new setting, with expanded options and controls. Online battling also takes on its own flavour, with special modes like Coastal Assault and Warlord.

-16%
£7.99
£6.71
Redeem on Steam
This game requires a Steam account to play.
Instant delivery
Your purchased keys will be available immediately.*
Officially licensed
All our keys are sourced direct from the game's official publisher.

£8.39
£9.99
-16%
Activates in United Kingdom
Spend over £8.00 in a single order to get the following items for free.
FREE
Downloadable Content. This content requires Mount & Blade: Warband on the same platform in order to play
Get a coupon for ...
5% Offyour next order
when you purchase this product
Exclusions apply. The coupon will be emailed to you.
Redeem on Steam
This game requires a Steam account to play.
Instant delivery
Your purchased keys will be available immediately.*
Officially licensed
All our keys are sourced direct from the game's official publisher.