Rated 'EXCELLENT' Based on 69,071 reviews
14 Day Money Back Guarantee on this product**

Northgard - Svardilfari, Clan of the Horse 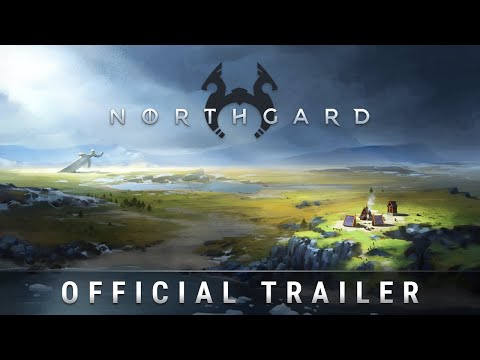 Led by Brok and Eitria, two spirited siblings, the Clan of the Horse are a quiet and sturdy people. They are also recognized by all as the best craftsmen and women of the known world.

The clan starts with specific advantages:

When reaching fame levels, the Clan of the Horse will gain additionnal tool improvements and the ability to build a second Relic!

The clan also has its own Relic, that will boost the Warchiefs survivability, forge and mining speed!

The regular forge is replaced by Völund's Forge. Upgrading this forge will increase the forging speed by 20%.

Eitria and Brok are the clan of the Horse’s Warchiefs. They can be recruited from Völund's Forge. They are at the center of the Clan mechanics, mainly because they are the only ones able to mine Stone or Iron, and Forge Tools, Weapons and Relics.

To mine a deposit with one of the Warchiefs (or with both), no need to build a mine, just assign them directly to the ore.

The Clan's Lore Tree will allow it to mine and forge more quickly, to gather Lore when mining or to boost it's general production when placing Relics.

Upgrading civilian building will increase its population's happiness and they have access to a third upgrade for their Watch Towers!

Northgard - Ratatoskr, Clan of the Squirrel

Northgard - Nidhogg, Clan of the Dragon

Northgard - Sváfnir, Clan of the Snake

Northgard - Lyngbakr, Clan of the Kraken

Northgard - Himminbrjotir, Clan of the Ox

£3.99
Redeem on Steam
This dlc requires a Steam account to play.
Instant delivery
Your purchased keys will be available immediately.*
Officially licensed
All our keys are sourced direct from the game's official publisher.

£3.99
Activates in United Kingdom
Downloadable Content. This content requires Northgard on the same platform in order to play
Get a coupon for ...
5% Offyour next order
when you purchase this product
Exclusions apply. The coupon will be emailed to you.
Redeem on Steam
This dlc requires a Steam account to play.
Instant delivery
Your purchased keys will be available immediately.*
Officially licensed
All our keys are sourced direct from the game's official publisher.