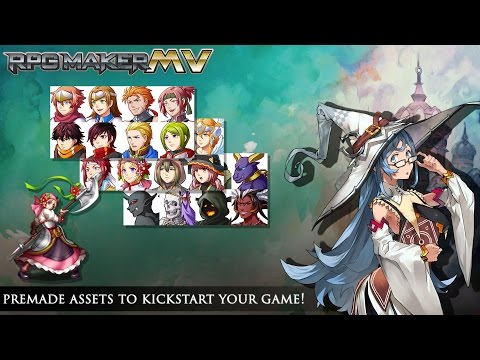 *Note: When activated this will deliver the product RPG Maker MV - Add-on Pack, due to a name change on steam this title will still deliver the correct DLC under a different title.*

Straight from the creators of RPG Maker (Kadokawa) we bring you the RPG Maker MV Season Pass. You can find all the released DLCs in RPG Maker MV -> DLC folder.

Season Pass is paying in advanced for the upcoming 4 DLCs that Kadokawa has in store. Once you buy it, you don't have to purchase it again.

The DLC Packs will be priced at $10 individually. By purchasing the Season Pass you'll get all 4 packs for $30. These packs will all be released within the next 8 months (1 every 2 months). It should be noted that it should not be confused with other DLC packs that are not from Kadokawa.

This season pass will include 4 high quality DLC packs for use with RPG Maker MV:

You can find 10 remastered/remixed RPG Maker 2000 Music and 100 brand new SEs.Interested in stand-alone copy of this DLC? You can find it right here!

Featuring Characters from RPG Maker 2000. This includes the following materials.

DLC 3 includes a large and versatile set of tiles for creating a train that's right at home in the standard MV resource environment.

Redeem on Steam
This dlc requires a Steam account to play.
Instant delivery
Your purchased keys will be available immediately.*
Officially licensed
All our keys are sourced direct from the game's official publisher.

£22.99
Activates in United Kingdom
Downloadable Content. This content requires the base game on the same platform in order to play
Get a coupon for ...
5% Offyour next order
when you purchase this product
Exclusions apply. The coupon will be emailed to you.
Redeem on Steam
This dlc requires a Steam account to play.
Instant delivery
Your purchased keys will be available immediately.*
Officially licensed
All our keys are sourced direct from the game's official publisher.