Rated 'EXCELLENT' Based on 68,766 reviews
14 Day Money Back Guarantee on this product** 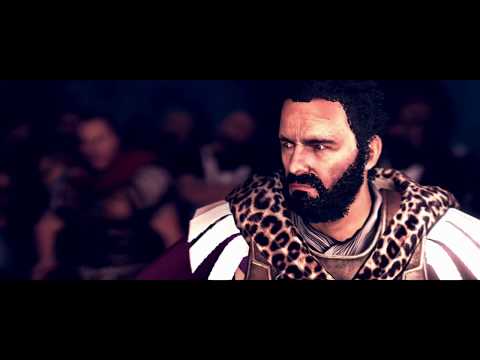 Dropping you into the Western Mediterranean at the outbreak of the 2nd Punic War, Hannibal at the Gates features a new campaign map focused on the period that brought the ancient-world superpowers of Rome and Carthage to all-out war.

One of the most famous in history, the conflict demonstrated the tactical genius of great rival generals Scipio and Hannibal. Can you recreate their remarkable strategies, or can you do better? How will you change history?

You enter the war as Carthage or Rome, command the noble Hellenic city-state of Syracuse, or, for the first time in ROME II, play an Iberian faction as the Arevaci or the Lusitani.

Hannibal at the Gates also features:

A more detailed representation of the western Mediterranean than the ROME II map, with players able to expand across 19 provinces dotted with resources and settlements. The major powers of the time, Rome and Carthage, begin at loggerheads but with a number of key regions and client states under their control. Syracuse, the Arevaci and the Lusitani all start with a single region, offering a significantly different and more formidable challenge than playing as one of the two great empires.

Rome and Carthage both feature new civil tech-tree branches focused on diplomacy. Both sides begin with multiple allies and client states, and can undermine their opponents’ support by diplomatic means.

With a time period covering events between 218 - 202BC, each turn in Hannibal at the Gates represents a month, and the campaign transitions through all four seasons of the year, complete with seasonal gameplay effects.

Hannibal at the Gates adds two new Historical Battles: the Battle of Cannae (216BC) and the Battle of Zama (202BC). Both battles marked key points in the 2nd Punic War, with Cannae representing the high point of Hannibal's invasion of Italy, and Zama marking the completion of Rome's victory and dominance over Carthage.

In addition to mighty Carthage and Rome, players can fight the 2nd Punic War as three new factions: the Arevaci, the Lusitani and Syracuse, each one featuring its own faction traits, characteristics, unique units and campaign start-position. If Hannibal at the Gates is owned, these factions are also playable in the ROME II Grand Campaign.

Imperialist expansion has brought both Carthage and Rome to the Arevaci's door, although it is Hannibal that currently shares a border with the warlike Celtiberian tribe. As the campaign begins, the Arevaci are neutral but have a clear choice before them: unite with Hannibal and risk genocidal retaliation from the Romans, or remain on good terms with Rome and face the certainty of Carthaginian wrath. Despite their knowledge of the terrain and superb fighting prowess, the Arevaci cannot take on both superpowers at once. For now, they maintain their neutrality, but it cannot last. Someone must control the Iberian peninsula, could it be the Arevaci?

The Lusitani lived in Iberia long before Carthage or Rome disturbed the region. They are, like their distant cousins the Suebi, not a single clan but a confederation of smaller tribes, working together for defensive and mutual gain Fierce and agile warriors, the Lusitani are well suited to guerrilla warfare. As Hannibal’s Carthaginian army marches through lands previously controlled by Rome, there is opportunity for the Lusitani to expand beyond their bounds and claim back Iberia from its invaders. However, though there may be prudence in caution, even fraternisation with the enemy at first, eventually they must be expelled from the land!

The city-state of Syracuse is renowned throughout the ancient world as a centre for culture and science. It is also rich; Syracuse benefits greatly from its prime position in the central Mediterranean. A string of tyrants dominate its history, defending the city's autonomy against fellow Greeks, Carthaginians and threats from within. In 218BC, both Rome and Carthage would like to see Syracuse under their control once and for all. As the two superpowers go to war again, it stands on a precipice - will Syracuse forge its own destiny or fall into obscurity as just another colonial possession?

Arevaci
• Painted Warriors (melee infantry)
Painted bodies and unpleasant stenches instil fear in unlucky opponents, which is half the battle.

New Roman Auxiliary units:
• Auxiliary Scutarii (Iberian melee infantry)
These Iberians are more than able to serve Rome at the front of a battle line.

• Mercenary Campanian Cavalry (Italian heavy cavalry)
Noble horsemen from some of the finest pastures of the peninsula.

-21%
£6.99
£5.51
Redeem on Steam
This game requires a Steam account to play.
Instant delivery
Your purchased keys will be available immediately.*
Officially licensed
All our keys are sourced direct from the game's official publisher.

£11.02
£13.99
-21%
Activates in United Kingdom
Spend over £8.00 in a single order to get the following items for free.
FREE
Downloadable Content. This content requires Total War: ROME II - Emperor Edition on the same platform in order to play
Get a coupon for ...
5% Offyour next order
when you purchase this product
Exclusions apply. The coupon will be emailed to you.
Redeem on Steam
This game requires a Steam account to play.
Instant delivery
Your purchased keys will be available immediately.*
Officially licensed
All our keys are sourced direct from the game's official publisher.