Rated 'EXCELLENT' Based on 69,072 reviews
14 Day Money Back Guarantee on this product** 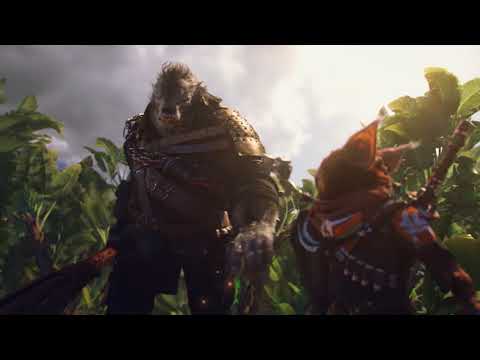 TIME IS RUNNING OUT
A plague is ruining the land and the Tree of Life is bleeding death from its roots, an oil flood has risen from the planet's core onto the surface affected the world - and now, the Tribes stand divided. Explore a world in turmoil and define its fate - will you be its savior or lead it to an even darker destiny?

UNIQUE HERO...OR VILLAIN
Re-code your genetic structure to change the way you look and play with mutations like the Turtleform and Mucus Bubble. Customize your character in a variety of ways with everything from height, build and color to strength, agility, vitality, charisma, and intellect.

Depending on how you create your character's stature will make specific skills stronger than others, such as attack damage and movement speed.

ACTION-PACKED COMBAT
Experience maximum freedom of movement while mixing shooting, melee, and powers from your mutations. Mix and match parts to create your own unique slash, crush and pierce melee weapons, revolvers, rifles, shotguns, and more.

Take on groups of pesky enemies and go up against bigger monsters in boss-type battles.

HOW WILL IT END
In BIOMUTANT, a storyteller narrates every step of your journey, but it’s your actions and choices that'll decide how your story of survival eventually ends - will the Tree of Life and those close to it be saved, or will they succumb to your darker side?

Your decisions will affect your 'Karma' meter via the Aura system, filling one way or the other to show whether your intentions are good or bad in this world. NPCs that you encounter as various sections of the game will have different dialogue depending on your actions and alignments.

5 things we loved about BIOMUTANT - Our review

5 games to get you hyped for BIOMUTANT

£54.99
Activates in United Kingdom
Get a coupon for ...
5% Offyour next order
when you purchase this product
Exclusions apply. The coupon will be emailed to you.
Redeem on Steam
This game requires a Steam account to play.
Instant delivery
Your purchased keys will be available immediately.*
Officially licensed
All our keys are sourced direct from the game's official publisher.

5 things we loved about BIOMUTANT - Our review

5 games to get you hyped for BIOMUTANT