Rated 'EXCELLENT' Based on 69,063 reviews
14 Day Money Back Guarantee on this product**

Bloodstained: Ritual of the Night 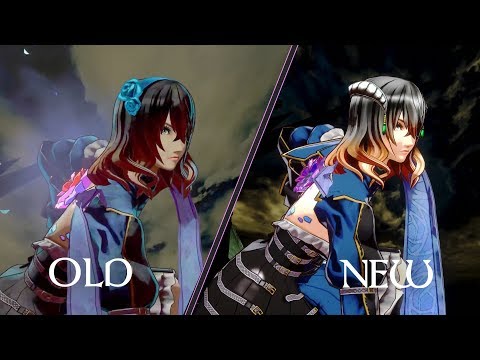 Get ready for exploration-focused, side-scroller RPG action with your Bloodstained: Ritual of the Night Steam PC key. With this highly-rated title, you'll experience one of the latest and exciting entries in the Metroidvania genre.

Play as Miriam, an orphan scarred by an alchemist’s curse which slowly crystallizes her body. In order to save herself, and indeed, all of humanity, she must battle her way through a demon-infested castle summoned by Gebel, her old friend whose body and mind has become more crystal than flesh.

CAREFULLY CRAFTED
3D models crafted with a lot of love and attention on a 2D game environment. Witness the stunning 2.5D graphics enhanced by developer ArtPlay from early feedback to give the game a smoother, defined look.

THE DARK ARTS
Experience addictingly tight and satisfying gameplay alongside a rich new story in the gothic dark fantasy style of Koji Igarashi, the celebrated godfather of 'Igavania' games.

WHAT LIES AHEAD
Get ready for post-launch announcements and updates, it's going to be one wild ride.

YOUR OFFICIAL BLOODSTAINED: RITUAL OF THE NIGHT STEAM PC KEY GIVES YOU:

83
Critic Review Score
(131 Reviews)
Reviews provided by OpenCritic
IGN
Daemon Hatfield
8.8 / 10
"The wait was worth it. Bloodstained: Ritual of the Night is a whole new castle to crash full of unexpected monsters and mysteries in the vein of classic Castlevania."
Game Informer
Suriel Vazquez
8.5 / 10
"Ritual of the Night starts off a little too familiar, but quickly ramps up into an impressive exemplar of the genre it's retreading"
Eurogamer
Recommended
"The wait was worth it - this spiritual successor to Castlevania is a gorgeous, accessible 2D platformer stuffed with nostalgia."
Reviews provided by OpenCritic
Redeem on Steam
This game requires a Steam account to play.
Instant delivery
Your purchased keys will be available immediately.*
Officially licensed
All our keys are sourced direct from the game's official publisher.

Top games of 2019 - Which games stood out amongst the crowd?

£27.92
£34.99
-20%
Activates in United Kingdom
Get a coupon for ...
5% Offyour next order
when you purchase this product
Exclusions apply. The coupon will be emailed to you.
Redeem on Steam
This game requires a Steam account to play.
Instant delivery
Your purchased keys will be available immediately.*
Officially licensed
All our keys are sourced direct from the game's official publisher.

Top games of 2019 - Which games stood out amongst the crowd?