Rated 'EXCELLENT' Based on 66,785 reviews
14 Day Money Back Guarantee on this product** 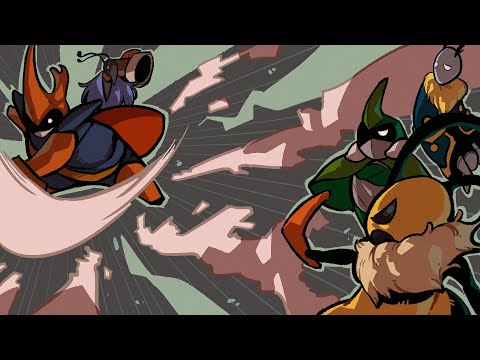 Bug Fables combines colorful platforming with the heroes' unique abilities as they explore a wide variety of areas in the kingdom. Turn-based battles make use of Action Commands that can power up your attacks!

A BUG-FILLED ADVENTURE
Hidden within the foliage of nature lies a small but prosperous continent - Bugaria. Insects from all over the world travel to it in search of the treasure scattered across it.

The most sought-after of these relics is The Everlasting Sapling. Eating just one of its leaves can grant even immortality!

In search of this ancient artifact, a brave team of explorers - Vi, Kabbu, and Leif - will travel across many different environments. In order to do so, they must work together to clear puzzles, defeat strong enemies and help the general bug populace!

£10.06
£15.49
-35%
Activates in United Kingdom
Get the following items free with any paid order.
Easter Eggstravaganza Mystery Coupon
FREE
FREE
Redeem on Steam
This game requires a Steam account to play.
Instant delivery
Your purchased keys will be available immediately.*
Officially licensed
All our keys are sourced direct from the game's official publisher.