Rated 'EXCELLENT' Based on 69,173 reviews
14 Day Money Back Guarantee on this product** 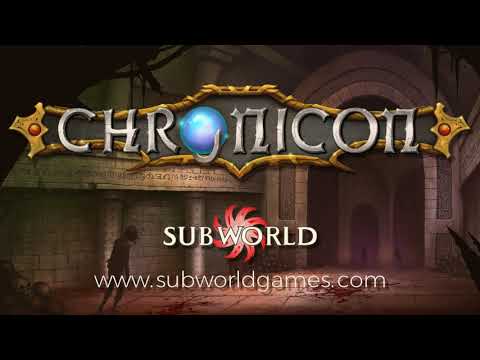 Travel into the souls and memories of fallen heroes to re-live their grand tales with your Chronicon Steam PC key. In this hack 'n slash action RPG, you'll enter procedurally generated dungeons harnessing a range of weapons and magical abilities to rain carnage down on the creatures that lurk in the darkness.

THE STORY
What happens in a world where the last evil lies dead, the last quest is completed, and the last chest has been opened?

In this world, the long-dead Heroes of Old are forever remembered and honored through a great magical device. This device, known only as the Chronicon, is capable of opening a portal into the memories - the very souls of the Heroes of Old.

Each year, a handful of men and women are given the great honor to re-live the old tales.
And this year, you have been chosen…

CHAOTIC BATTLES
Embark on a journey across five large and varied acts with each their own storyline to play through. Choose from one of four classes - Templar, Berserker, Warden, and Warlock - and unlock over 900 skills, abilities, and perks that you'll need to learn to strengthen your warriors.

Enchant, gem, empower, and inscribe your equipment with Runes to boost your stats!

You'll be spoilt for choice with over 400 unique items with designed special powers, and over 700 items with randomized enchants and qualities, build-changing powers, and powerful set items.

NEED A HAND?
Go it alone in dangerous dungeons or play local co-op for up to four players (requires the same machine, and one Xbox 360/Xbox One controller per additional player). Remote Play is also fully supported for heroes fighting on the go!

£9.81
£10.99
-11%
Activates in United Kingdom
Get a coupon for ...
5% Offyour next order
when you purchase this product
Exclusions apply. The coupon will be emailed to you.
Redeem on Steam
This game requires a Steam account to play.
Instant delivery
Your purchased keys will be available immediately.*
Officially licensed
All our keys are sourced direct from the game's official publisher.