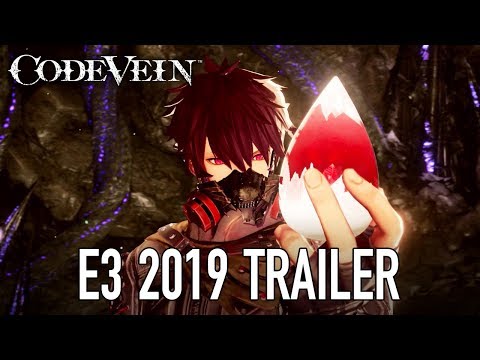 Team up and embark on a journey to the ends of hell to unlock your past and escape your living nightmare in hardcore anime RPG CODE VEIN. With this Deluxe Edition Steam PC key, you'll venture into the not too distant future, where a mysterious disaster has brought collapse to the world as we know it.

Towering skyscrapers, once symbols of prosperity, are now lifeless graves of humanity’s past pierced by the Thorns of Judgment.

HUMANITY'S LAST HOPE
At the center of the destruction lies a hidden society of Revenants called Vein. This ﬁnal stronghold is where the remaining few ﬁght to survive, blessed with Gifts of power in exchange for their memories and a thirst for blood.

Give into the bloodlust fully and risk becoming one of the Lost, ﬁendish vampire-like ghouls devoid of any remaining humanity. Wandering aimlessly in search of blood, the Lost will stop at nothing to satisfy their hunger.

TAKE A SIP
Locate the white sparkling roots of the Blood Springs and uncover more Blood Beads to help you and remaining survivors quench their thirst without turning into the Lost.

HONOR THE CODE
Create and customize your own character and choose a fighting code class. Will your strengths lie in close-quarter combat (Fighter), long-range weaponry (Ranger) or performing powerful magic (Caster). Use Blood Veils that form from specific items of clothing and produce brutal attacks on your foes.

A HELPFUL FRIEND
Venture further into the depths of this hellish world with your AI companion, who can help in combat and perform healing actions to aid you in combat. Choose the right buddy for your playstyle and needed support when battling foes and bosses.

£41.99
£49.99
-16%
Activates in United Kingdom
Spend over £8.00 in a single order to get the following items for free.
FREE
Get a coupon for ...
5% Offyour next order
when you purchase this product
Exclusions apply. The coupon will be emailed to you.
Redeem on Steam
This game requires a Steam account to play.
Instant delivery
Your purchased keys will be available immediately.*
Officially licensed
All our keys are sourced direct from the game's official publisher.