Rated 'EXCELLENT' Based on 66,719 reviews
14 Day Money Back Guarantee on this product** 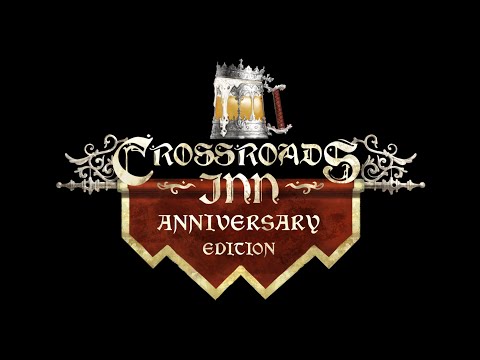 Can you handle running your own tavern and the antics that transpire under your roof? It's time to find out with your Crossroads Inn Anniversary Edition Steam PC key. In this real-time management sim with role-playing games elements, you'll get to experience what life is like running an old tavern set in an original fantasy world of Delcrys - with two unique modes offering totally different experiences.

ANOTHER ROUND!
Choose either Sandbox or Campaign and enjoy different tasks and outcomes depending on your choice. In Sandbox mode, you'll focus solely on managing their business and economy - to build you very own tavern, hire and oversee staff, manage the supply chains and create new dish recipes.

In Campaign mode, micromanagement is just a prelude to a rich story as the kingdom is in turmoil and a shift of power is expected. Your Inn will soon attract the attention of important political and military figures, who are desperately trying to hold on to the reins of power.

You will become part of a large-scale drama full of political intrigues, vivid characters, treacherous NPCs and dangerous quests inspired by RPG games... you might even have a damsel in distress to save!

BELLY'S FULL
Enjoy a once in a lifetime culinary adventure designed in cooperation with the experts from Nerds’ Kitchen!

ALWAYS IMPROVING:
Among the most significant improvements to the base game Anniversary Edition will offer:

£14.32
£19.49
-27%
Activates in United Kingdom
Get the following items free with any paid order.
Easter Eggstravaganza Mystery Coupon
FREE
FREE
Redeem on Steam
This game requires a Steam account to play.
Instant delivery
Your purchased keys will be available immediately.*
Officially licensed
All our keys are sourced direct from the game's official publisher.