Rated 'EXCELLENT' Based on 69,939 reviews
14 Day Money Back Guarantee on this product** 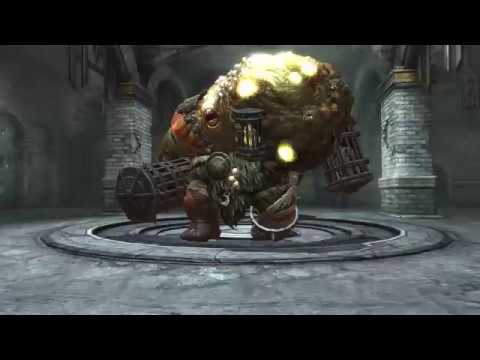 Prepare to explore a vast, hellish open-world as three of the most feared legendary Four Horsemen in the action-adventure Darksiders Blades & Whip Franchise Pack. With this pack, players will follow the journeys of Death, War and Fury - completing dozens of side quests making use of the Skill Trees and endless customizable equipment combinations to make their demonic warrior unique.

DARKSIDERS WARMASTERED EDITION
Deceived by the forces of evil into prematurely bringing about the end of the world, War – the first Horseman of the Apocalypse – stands accused of breaking the sacred law by inciting a war between Heaven and Hell. In the slaughter that ensued, the demonic forces defeated the heavenly hosts and laid claim to the Earth.

Brought before the sacred Charred Council, War is indicted for his crimes and stripped of his powers. Dishonored and facing his own death, War is given the opportunity to return to Earth to search for the truth and punish those responsible.

Hunted by a vengeful group of Angels, War must take on the forces of Hell, forge uneasy alliances with the very demons he hunts, and journey across the ravaged remains of the Earth on his quest for vengeance and vindication.

DARKSIDERS II - DEATHFINITVE EDITION
Awakened by the End of Days, Death, the most feared of the legendary Four Horsemen, embarks upon a quest to restore mankind, and redeem his brother’s name. Along the way, the Horseman discovers that there are far worse things than an earthly Apocalypse, and that an ancient grudge may threaten all of Creation . . .

Including both epic Darksiders games with all DLC included and integrated into the game, the Franchise Pack boasts reworked level, character and environment graphics through an improved Graphics Render Engine. Running in native 1080p resolution and with tuned game balancing and loot distribution, this is the definitive way to experience the series.

DARKSIDERS III - DIGITAL DELUXE EDITION
Take on the role of FURY – the most unpredictable and enigmatic of the Four Horsemen – in her quest to hunt down and dispose of the Seven Deadly Sins – and bring balance to the world. Experience an open-ended, living, free-form world in which FURY moves back and forth between expansive post-apocalyptic environments to uncover secrets while advancing through the story.

Equipped with her flaming whip, the fiesty mage will slice mystical enemies to pieces and collect experience points, and swing across gaping canyons to avoid a lava bath. This edition also grants players access to the pre-order bonus armor, two post-release DLC packs and digital soundtrack.

Darksiders - Meet the Four Horsemen of the Apocalypse

Darksiders - Meet the Four Horsemen of the Apocalypse

User Ratings & Reviews
What are users saying about Darksiders Blades & Whip Franchise Pack?
User Rating
Average score from 2 ratings
100% of users would recommend this.
4.0
User Ratings Breakdown
5 Stars
50%
5 Stars
50%
4 Stars
0%
4 Stars
0%
3 Stars
50%
3 Stars
50%
2 Stars
0%
2 Stars
0%
1 Stars
0%
1 Stars
0%
Review this product
Share your thoughts with other customers.
Darksiders Blades & Whip Franchise Pack Review
Sam Jones
Posted: 19 days ago
Staff Review
Being one of the Four Horsemen sounds like a cool concept, no? Well now it's a reality. Darksiders lets you take control of one of the most feared and revered figures in history. Not only do you feel completely badass, but you also feel powerful, and it's this sense of power that gives Darksiders its refreshing action-adventure gameplay.
Did you find this review helpful?
Pure fun and action.
Eastwood
Posted: 18 days ago
Verified purchase
All three games are worth it. Mainly Darksiders 3.
Did you find this review helpful?