Rated 'EXCELLENT' Based on 68,563 reviews
14 Day Money Back Guarantee on this product**

Deliver Us The Moon 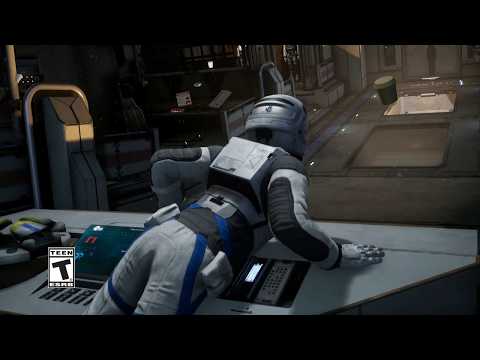 Will you save mankind or be forgotten in the dark abyss of Space? It's time to find out in sci-fi action-adventure Deliver Us The Moon. With this Steam PC key, you'll take on the role of Earth's last astronaut on a do-or-die mission to investigate what happened and save humanity.

SCI-FI THRILLER
Set in an apocalyptic near-future where Earth's natural resources are depleted, Deliver Us The Moon follows the story of our planet's desperate attempt to solve the energy crisis. Global powers have created the World Space Agency and gain access to a promising new source of energy on the moon.

The World Space Agency colonized and operated from the moon until one fateful night all communications with Earth ceased and the energy source was lost.

LONE ASTRONAUT
Launch a rocket from Earth, journey through the WSA space station and explore the open lunar landscape with weightless freedom - by foot, rover or monorail. Ruins of previous lunar missions have many stories and secrets to tell.

Overcome obstacles, dangers blocking your path and uncover the secrets of the past by using various tools and all of your wits to solve intricate puzzles. Use your Astrotool to uncover the history of the lunar colony!

YOUR TRUSTED TECH
Utilize the greatest technology mankind has to offer from new-age spacesuits, cutting lasers, rockets and robot arms. With oxygen tanks running out and the never-ending void of Space staring you down, staying alive won’t be so easy.

A LITTLE COMPANION
Traverse the moon with your small robot companion named ASE. Explore abandoned facilities, gather clues and uncover the secrets and hidden agendas of those long gone!

REAL-WORLD THEMES
Explore a narrative that focuses on current-day topical issues such as climate change and the depletion of the world’s natural resources.

FEELING WEIGHTLESS
Inspired by the greatest works of Sci-Fi in cinema, enjoy Deliver Us The Moon's awe-inspiring soundtrack rivaling the movies with three hours of original music.

YOUR OFFICIAL DELIVER US THE MOON STEAM PC KEY GIVES YOU:

Check out our exclusive interview with Deliver Us The Moon developer KeokeN Interactive on creating the 'ultimate spaceman experience'.

Please note: Your Steam PC key will be delivered on or before the release date.

76
Critic Review Score
(47 Reviews)
Reviews provided by OpenCritic
Game Informer
Andrew Reiner
8 / 10
"The narrative captures your attention in the opening seconds and keeps you engrossed until the credits roll"
VideoGamer
Joshua Wise
7 / 10
"Does it succeed? Well, I don't know—I'm not an astronaut—but I can report that it has a pleasing gravity."
God is a Geek
Mick Doherty
8 / 10
"Deliver Us The Moon is a fantastic sci-fi thriller which looks amazing with a soundtrack to match. It's slightly let down by sluggish controls and long loading and saving...
Reviews provided by OpenCritic
Redeem on Steam
This game requires a Steam account to play.
Instant delivery
Your purchased keys will be available immediately.*
Officially licensed
All our keys are sourced direct from the game's official publisher.

Deliver Us The Moon - The 'ultimate spaceman experience'

£14.69
£19.99
-27%
Activates in United Kingdom
Spend over £8.00 in a single order to get the following items for free.
FREE
Get a coupon for ...
5% Offyour next order
when you purchase this product
Exclusions apply. The coupon will be emailed to you.
Redeem on Steam
This game requires a Steam account to play.
Instant delivery
Your purchased keys will be available immediately.*
Officially licensed
All our keys are sourced direct from the game's official publisher.

Deliver Us The Moon - The 'ultimate spaceman experience'

-30%
£47.99
£33.59
All materials on this site, including, but not limited to text, graphics, logos, icons, still and moving images, characters, sound recordings, musical compositions, audiovisual works and software, are protected by international copyright laws and other intellectual property rights which are owned and controlled by KeokeN Interactive B.V. or its content suppliers or service providers. The compilation of all content on this site is the exclusive property of KeokeN Interactive B.V. You may not reproduce or modify materials contained on this site without our prior written permission. You may not alter or remove any trademark, copyright or other notice from copies of content. You may, however, act as an ambassador and download, distribute or republish material from this site for the sole purpose of helping KeokeN Interactive B.V. reach a bigger audience, both online and offline. We reserve all rights in and title to all material so downloaded.