Rated 'EXCELLENT' Based on 65,297 reviews
14 Day Money Back Guarantee on this product**

Do Not Feed the Monkeys 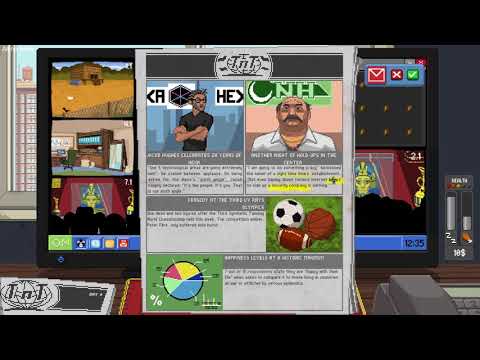 Spy, extort and sabotage through sneaky surveillance cameras and compromised webcams. with your Do Not Feed the Monkeys Steam PC key. In this 'Very Positive' rated dystopian strategy sim, you'll get up to all sorts of mischief as you play tricks on unsuspecting victims of society - some deserve it, but many don't... but that hasn't stopped you yet!

WHAT IS DO NOT FEED THE MONKEYS
In Do Not Feed The Monkeys, you're invited to join 'The Primate Observation Club', where you will observe the lives of caged monkeys and carefully analyze the information obtained... okay, they're not actually monkeys, they're humans living in their own apartments... but still!

JOIN THE CLUB
Welcome to the POC, a shadowy group that observes other people through surveillance cameras and compromised webcams. After becoming sick of your run-down apartment and dead-end job, you join as the newest member of the club, and now the fun really begins.

Oddly enough, club members keep feeding the monkeys as though they just can’t abide by this very simple rule!

Will you help those you’re spying on, extort them, expose them and sabotage their dreams, or will you follow your instructions and sit twiddling your thumbs while the world burns?

NO PRIVACY
Concoct terrible yet enjoyable schemes and pranks on dozens of strangers who will fall prey to your voyeurism... there's a reason this game is rated 'Mature'. Interacting or interfering with the 'subjects' in any way, known as 'Feeding the monkeys' is strictly prohibited - but will that stop you from having your fun?

UNIQUE GAMEPLAY
Enjoy various opportunities to experiment with and new options for each 'cage' that will create varying scenarios and playthroughs depending on the choices you make.

YOUR OFFICIAL DO NOT FEED THE MONKEYS STEAM PC KEY GIVES YOU:

77
Critic Review Score
(20 Reviews)
Reviews provided by OpenCritic
GamingTrend
Austin Fern
90 / 100
"The Primate Observation Club has you watching monkeys as you struggle to pay for more cages while taking care of yourself. The balance between time and money is consistently...
God is a Geek
Lyle Carr
7.5 / 10
"Do not feed the monkeys is a colourful voyeuristic journey into shady organisations and oddball characters. Some of its systems aren't particularly well explained, but...
The Digital Fix
Posted by Paul Williams
8 / 10
"Revealing itself through multiple playthroughs, Do Not Feed the Monkeys gets wilder every time, and has a ridiculous number of outcomes waiting to be discovered. Expect to...
Reviews provided by OpenCritic
Redeem on Steam
This game requires a Steam account to play.
Instant delivery
Your purchased keys will be available immediately.*
Officially licensed
All our keys are sourced direct from the game's official publisher.

£8.99
Activates in United Kingdom
Get a coupon for ...
5% Offyour next order
when you purchase this product
Exclusions apply. The coupon will be emailed to you.
Redeem on Steam
This game requires a Steam account to play.
Instant delivery
Your purchased keys will be available immediately.*
Officially licensed
All our keys are sourced direct from the game's official publisher.