Rated 'EXCELLENT' Based on 69,013 reviews
14 Day Money Back Guarantee on this product** 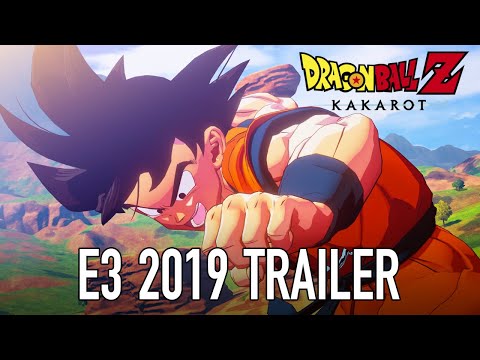 Go back to where it all began and relive iconic moments as one of the world's most powerful Saiyan warriors with your Dragon Ball Z: Kakarot Deluxe Edition Steam PC key. You'll follow the adventures of Goku and other well-known Dragon Ball characters in a new action RPG.

I AM THE HOPE OF THE UNIVERSE...
Relive Goku's unforgettable moments from Dragon Ball Z. Witness his Super Saiyan awakening against Frieza and many more epic battles that tested the hero's fighting abilities and unleashed unrivaled power.

Head into battle with your support character ready to back you up, including the likes of Krillin, Yamcha and Tien Shinhan and many more. Test your fighting skills in multiple enemy battles.

EXPLORE
Taking a step back from the classic all-out arcade-style fighting, Dragon Ball Z: Kakarot's RPG elements lets you explore new open areas and embark on grand adventures as you advance through the story. Form powerful bonds with other heroes from the Dragon Ball Z universe.

Fly through the sky on your Nimbus Cloud collecting hard to reach Z points and even encounter mid-air battles.

FAMILIAR FACES
Train and take control of well-known characters from the Dragon Ball Z sagas including Gohan, Vegeta, Piccolo and Future Trunks. Witness pivotal moments in each character's storyline and face dangerous foes such as Cell, Raditz, Majin Buu and the Ginyu Force.

NOT ALL COMBAT
Step away from the fight and enjoy several side missions and challenges aside from the main story. Hunt dinosaurs and other wild animals for ingredients in your wholesome meals to boost HP and attack stats, use Goku's monkey tail as a fishing rod to catch gigantic fish, and get to grips with your moves list by training with fellow DB characters.

The former sixth member of the Ginyu Force now fights for the Frieza Force, but will you have what it takes to stop her?

What we know so far about Dragon Ball Z: Kakarot

£55.15
£64.99
-15%
Activates in United Kingdom
Get a coupon for ...
5% Offyour next order
when you purchase this product
Exclusions apply. The coupon will be emailed to you.
Redeem on Steam
This game requires a Steam account to play.
Instant delivery
Your purchased keys will be available immediately.*
Officially licensed
All our keys are sourced direct from the game's official publisher.

What we know so far about Dragon Ball Z: Kakarot