Rated 'EXCELLENT' Based on 69,894 reviews
14 Day Money Back Guarantee on this product** 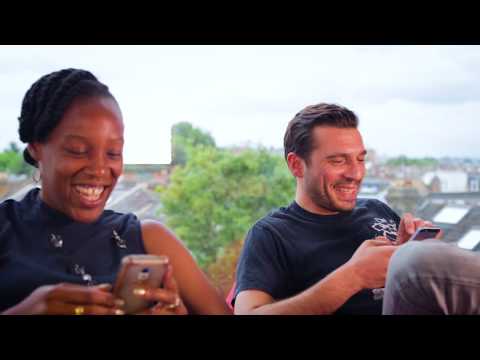 Your number one companion for an EU adventure. Introducing the European Traveller 4 Pack Lifetime Language Subscription with uTalk, an all-round introduction to learning phrases in French, German, Italian and Spanish - exclusively available at Fanatical!

This pack, which gives you four languages for the price of two, is a fantastic way to break down barriers and understand how other cultures and communities go about their day-to-day lives.

If you’ve been wanting to learn another language but don’t necessarily have a lot of time, or you’d like to learn a few basics to get the ball rolling, then uTalk is most definitely for you.

uTalk - a recipient of the Queens Award for Enterprise Innovation - teaches you basic keywords and phrases through matching words to images, and includes real-world pronunciation from both male and female native speakers. You can use uTalk via your PC or laptop, or on compatible tablets and mobile devices, as well as being able to pause your learning while switching between languages, which means you’ll be able to pick up the lingo whether you’re at home, at the office or on the move!

This planet is a big old place, and with help from uTalk you’ll be able to communicate with people from all corners of the globe. Join the 30+ million customers using uTalk today and learn new and exciting languages right now.

1
30+ Million Customers
Over 30 million customers have learnt with uTalk's language learning method.
2
Multiple Source Languages
You don't have to be an English speaker, it works for other native speakers by changing the source language.
3
60+ Topics
uTalk have over 60 different topics to learn.
4
180+ Hours
uTalk have over 180 hours of fun learning so you can go at your own pace.
5
Learn On Any Device
Use uTalk on any device and the progress you have made syncs to any device you use.
6
Learn From Real People
Over 1000 native speakers have recorded at uTalk's recording studio in London so you hear real authentic voices.

How does uTalk work?

Scientists, researchers and linguists all pooled their expertise to help make uTalk. Here’s why it works:

Linking a word to an image creates a stronger memory than using words alone, so each word or phrase you hear on uTalk is represented by a picture.
All voices you hear in each language are authentic native speakers, both male and female for each word and phrase. Voice recognition technology is good but it’s still not as good as the human ear. That’s why users are asked to judge for themselves how their pronunciation compares with a native speaker’s as part of two uTalk games.
Repeating new information boosts your memory so words you want to learn pop up in different games and words you struggle with are identified by intelligent software and crop up more often.
uTalk’s Practice section introduces new words into your short-term memory while its other five games, which get progressively more challenging, are aimed at getting them into your long-term memory. The games are designed to be short but hard enough that you are unlikely to get full marks first time – giving you time to stop, refresh and come back to a topic later on. That’s because spaced repetition does more for your memory than cramming.
uTalk makes learning fun and that releases a feel-good chemical into our bloodstream which boosts motivation. So keep up the good work, play the games, score points and enjoy!
Redeem on Utalk
This product is activated through uTalk
Instant delivery
Your purchased keys will be available immediately.*
Officially licensed
All our keys are sourced direct from the game's official publisher.

uTalk now have over 140 languages you can learn. Search below to find a language.

Get a coupon for ...
5% Offyour next order
when you purchase this product
Exclusions apply. The coupon will be emailed to you.
Redeem on Utalk
This product is activated through uTalk
Instant delivery
Your purchased keys will be available immediately.*
Officially licensed
All our keys are sourced direct from the game's official publisher.

uTalk now have over 140 languages you can learn. Search below to find a language.