Rated 'EXCELLENT' Based on 66,797 reviews
14 Day Money Back Guarantee on this product** 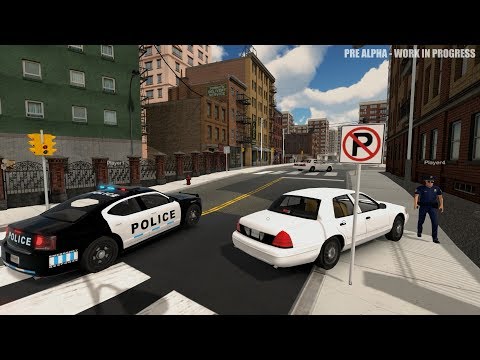 Assemble your teams of emergency heroes and take on missions unique to each service in an open-world with your Flashing Lights - Police Fire EMS Steam PC key. In this Indie Sim, you'll enrol the help of the police, emergency medical services or fire department - engaging in desperate car chases, diagnosing life-threatening injuries, and putting out lethal fires!

UNIQUE TEAMS
Each department has its own vehicles and equipment for you to operate while on duty. Play in single-player, or work together with friends in online multiplayer to tackle incidents across a shared world.

The police are equipped with the fastest vehicle and a variety of equipment. Their roles vary from handing out parking tickets to chasing down dangerous suspects and they’ll do everything they can to prevent criminal activity and put a stop to any crimes in progress.

The role of the fire department extends far beyond putting out flames, as they work closely with medical services out in the field, swiftly cutting open crashed cars so that medical staff can reach the casualty. The fire department won’t engage in the pursuit of suspects, but will handle the aftermath of an incident, including, of course, putting out fires.

Battling raging flames and freeing trapped civilians involves some heavy-duty gear including spreaders, a fire hose, a fire extinguisher and a fire truck.

THE BOYS IN BLUE
The role of police includes a mission in which players pursue a vehicle in an exciting car chase. They will also be able to pull over vehicles, ask them questions and issue an alcohol test. The speed gun, located in the boot, can be used to scan passing cars. The internal computer also has some functionality and is able to check the speed of the vehicle in front of you. Players can issue parking tickets to parked cars and will gain reputation based on positive and negative behaviour.

CAN YOU HANDLE THE HEAT
The fire department have several callouts (missions) which require the player to put out building fires, container fires and rescue trapped civilians. They are able to operate the fire truck, use fire extinguishers, a fire hose and the jaws of life to complete a variety of missions.

IS THERE A DOCTOR IN THE HOUSE
The EMS department has a couple of emergency missions to respond to which require the player to use the med bag to assess the injuries of a patient, and a stretcher that can be used to transport the patient back to the hospital.

TEAM UP
Join fellow players online and divide your team between the three emergency services at will. Race around the open-world in various vehicles, to where you are needed, working together to help civilians in accidents or catch a fleeing criminal.

MISSIONS GALORE
Various calls to action will see you responding to incidents based on your chosen department, as well as the relevant area in the open world. From speeding and illegal parking, to raging fires and life-threatening car accidents, the pressure is on in Flashing Lights.

Early Access: All screenshots on this page are a work in progress, and visuals are subject to change. It is our plan to expand the open world to include different environments, missions and scenarios. We will also be adding further emergency services equipment and gameplay mechanics throughout the Early Access period.