Rated 'EXCELLENT' Based on 67,601 reviews
14 Day Money Back Guarantee on this product** 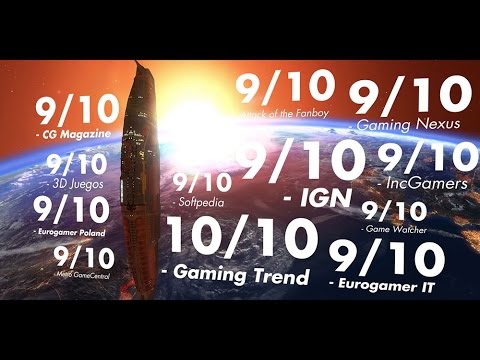 Blast off with an epic space strategy duo that redefined the RTS genre with the Homeworld Remastered Collection. With this Steam key, players will control a fleet and build an armada across a vast array of single-player missions in two huge sci-fi strategy titles, as well as bonus archival versions of Homeworld Classic and Homeworld 2 classic in their purest, original release form for modern computers.

FLEETS AT THE READY
Choose your unit types, fleet formations and flight tactics to ensure that your crew and spaceships are prepared for each and every strategic situation. Utilize advanced research to construct more than 100 ships ranging from light fighters to huge carriers.

STEAM MULTIPLAYER
Take the battle online with competitive multiplayer modes as Homeworld and Homeworld 2 combine into one centralized mode - allowing up to eight players to use races, maps, game modes, improvements, features and technology from both games for unlimited engaging space battles on a grand scale.

A considerable amount of care and passion has gone into this collection, both from the original devs to the community that has supported Homeworld for many years. Now, you'll get to experience the two sci-fi strategy games in remastered form, as well as the original versions that have had some much needed TLC to bring them into the modern gaming world. Control grand fleets in space adventures with a duo that stands out as one of the pioneering space-based strategy franchises.

87
Critic Review Score
(40 Reviews)
Reviews provided by OpenCritic
PC Gamer
Tom Senior
92 / 100
"A worthy upgrade to one of the best strategy games ever, featuring the best space battles in the business."
IGN
Dan Stapleton
9 / 10
"Gearbox gives Homeworld the respect it deserves in this impressive refitting of Relic's classic"
Eurogamer
Richie Shoemaker
Recommended
"With space battles now more spectacular than even the evergreen Eve Online, and with far less effort required to enjoy them, this sees two excellent games restored. While in a...
Reviews provided by OpenCritic
Redeem on Steam
This game requires a Steam account to play.
Instant delivery
Your purchased keys will be available immediately.*
Officially licensed
All our keys are sourced direct from the game's official publisher.

As of October 2019, this game will no longer be compatible with with macOS 10.15 (Catalina). A 64-bit version of the game, which would be compatible with Catalina, is planned for an unspecified point in the future.
Fanatical Blog

£5.39
£26.99
-80%
Activates in United Kingdom
Get a coupon for ...
5% Offyour next order
when you purchase this product
Exclusions apply. The coupon will be emailed to you.
Redeem on Steam
This game requires a Steam account to play.
Instant delivery
Your purchased keys will be available immediately.*
Officially licensed
All our keys are sourced direct from the game's official publisher.