Rated 'EXCELLENT' Based on 69,865 reviews
14 Day Money Back Guarantee on this product** 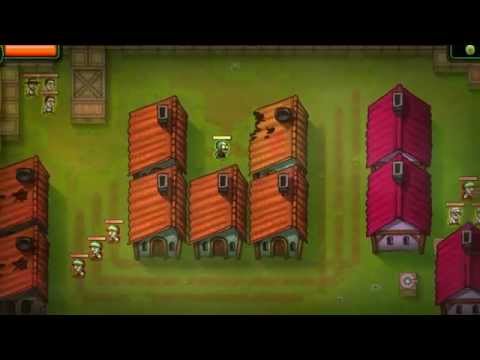 Quite a different zombie game - this time YOU are the zombie! Command your infested comrades, fight your way to freedom and let the zombie kind dominate the world!

In I, Zombie you play as the leader of a zombie horde and your goal is to infect all humans on the map. Whenever you infect a human you turn him into a one of your kind and you can use him against armed soldiers. You're also able to command your horde to either attack the enemies, follow you or wait for orders. Each scenario requires tactical approach and careful planning to achieve success.

English
User Ratings & Reviews
What are users saying about I, Zombie?
User Rating
Average score from 1 ratings
100% of users would recommend this.
3.0
User Ratings Breakdown
5 Stars
0%
5 Stars
0%
4 Stars
0%
4 Stars
0%
3 Stars
100%
3 Stars
100%
2 Stars
0%
2 Stars
0%
1 Stars
0%
1 Stars
0%
Review this product
Share your thoughts with other customers.
Good game for the price
MMM Reviews
Posted: 14 days ago
Verified purchase
I, Zombie is a puzzle game with some occasional stealth elements. It plays a lot like a web game, with clear inspiration drawn from games like Infectonator. The basic mechanics of each puzzle require you to either turn everyone into a zombie, or turn a specific character into a zombie. You accomplish these tasks in two different ways. For the levels where you have to infect everyone, you will generally try to sneak up on easy targets to help build up your zombie army, before taking on the more difficult targets. There are a variety of tactics you can use, although you will quickly figure out the best strategies. You have loose control over your zombie army, but nothing like an RTS game would have. The second type of level, where you need to infect one specific person, has much harder enemies so you can’t just build up an army to win. These are essentially stealth levels, where getting shot once usually means death. They aren’t terrible, but the are definitely less fun than the normal levels. Some of them are frustratingly designed, requiring you to have almost perfect timing, but in general they are okay. Visually, the game is charming despite technically having “bad” graphics. You won’t find high resolution pixel art or beautiful sprites, but the game has a consistent art style that works for the genre. It gives it a web game feel that some may dislike but overall, it looks solid. I, Zombie is a decent game with some relatively simple puzzles. It’s great for those looking for a casual puzzle game that you can easily pick up and play. There isn’t a huge amount of content, but if you try to get 3 stars on every level, you’ll stretch out the length quote a bit. The low price makes it a lot easier to justify such a short game. Most people will be satisfied as long as they know what they are getting into ahead of time. 6/10
Did you find this review helpful?