Rated 'EXCELLENT' Based on 66,788 reviews
14 Day Money Back Guarantee on this product** 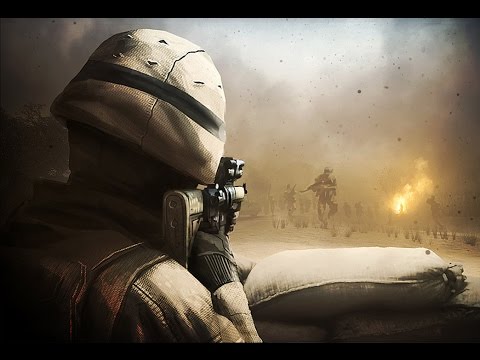 A new breed of war games

New World Interactive’s debut game Insurgency is leading a revival of the tactical shooter genre. What began as a Half-Life 2 mod has become an indie cult classic, having built an audience of over three million players and hugely positive reviews on Steam. Your Insurgency Steam key will bring firepower and plenty of game modes to your Steam library.
Take to the streets for intense close quarters combat, where a team's survival depends upon securing crucial strongholds and destroying enemy supply in this multiplayer and cooperative Source Engine-based experience. The follow-up game to the award-winning Source mod, Insurgency is highly competitive and unforgivingly lethal, striking a balance between one-life gameplay and prolonged action.

WORLDWIDE FIGHT
Engage in 16 maps, featuring day-and-night modes, ranging from environments in the Middle East, Africa, and Central Asia in both multiplayer and co-operative. The seven multiplayer game modes support up to 32 players with a particular focus on territorial control, destroying weapon caches and escorting high-value targets.
On the games five cooperative game modes, you and your friends team up to complete mission-based objectives. There are free content updates that include weapons, game modes, maps, and new features. If you want to improve your abilities, there is an offline mode where you can play with bots on all game modes. The Squad system built upon role-based player classes, are customizable and asymmetrical based on what team you are on.
Squad-based communication systems, which includes 3D VOIP, allow friendlies and enemy players within proximity to hear you. There are also overhead maps detailing objective and teammate locations, which help with accumulating supplies to customize and upgrade your gear - affecting your weight, stamina, and movement speed – meaning careful consideration needs to be taken.
The highly immersive particle FX and audio intensify the game experience. Players can even create custom maps and content using the Insurgency SDK and scripting system, and share them on the Steam Workshop.

MULTIPLAYER GAME MODES
Skirmish: In addition to three territorial objectives, each team is given a supply cache to protect. The teams gain extra reinforcement waves until their cache is destroyed. The game progresses till both teams have lost their caches and all reinforcement waves, then it becomes a fight to the death.
Push: There are three territorial objectives that must be captured by the attacking team in sequential order. For each objective captured, players will gain more reinforcement and time to attack the next. Defenders only have a limited amount of reinforcements and must use each wisely. Once the third objective is captured by the attackers, a fourth cache objective must be destroyed, while the defenders have only one life to make a last stand.
Infiltrate: This is the standard Capture the Flag mode, with a twist. Your team's goal is to extract the enemy's intel and return it to your base. The defending team will only gain reinforcements when the enemy’s intel is gathered, or when an enemy stealing your team's intel is neutralized. This is a great mode for friends as it requires a lot of teamwork.
Occupy: Players have one central territorial objective in the area. Gameplay in this mode is reminiscent to King of the Hill or "tug of war".
Ambush: Half of the players must be escorted to an extraction point, while the other team must try to stop this from happening at all costs. The High Value Target is only armed with a silenced pistol but can pick up a weapon from a fallen enemy or teammates.
Strike: Player must destroy three weapons caches in order to win the level. Destroying a cache earns the attacking team more reinforcements and time on the clock. The defending team must retain at least one cache from being destroyed and eliminate the enemy team once their reinforcements run dry.
Flashpoint: Players have one neutral territorial objective and two caches on each side. The goal is to secure the entire area, controlling the middle and destroying the enemy's caches.
Elimination: Plays have a single life and attackers must destroy one of the two weapons caches pr eliminate the enemy team within the designated time limit, while the defenders must stop them from doing so.
Firefight: There are three territorial objectives, one per team and one is neutral. Each team can respawn only when they secure an objective. Players have to secure all objectives or eliminate all enemy to win. It can become a very suspenseful experience as every life count so players must dependent upon teamwork.

CO-OPERATIVE GAME MODES
Checkpoint: Players must complete mission-based objectives sequentially against AI enemy. Each successful objective will respawn anyone who was eliminated along the way.
Survival: Player are Insurgents that fight against endless waves of progressively difficult Security enemies on night themed maps. The objectives of the team are to reach safehouse in order to earn point to purchase better weapons and spawns any dead teammate.
Hunt: Players are insurgents which are dispersed in the environment. The team must eliminate all targets while locating and destroying the weapons cache all with only one life.
Conquer: The object is to capture the area and defend it from any enemy trying to retake it. Players must destroy enemy weapon caches to thin out their numbers.
Outpost: Players must defend their supply cache against endless waves of enemies trying to destroy it. Each successfully defended wave will bring in reinforcements of your teammates.

A diversion from the standard shooting fare, Insurgency is a breath of fresh air. The teamwork elements are executed excellently and the slow paced shooting makes for a gripping atmosphere. Subtle, but realistic and brilliant, Insurgency is the first game from New World Interactive and is a resounding success.
Redeem on Steam
This game requires a Steam account to play.
Instant delivery
Your purchased keys will be available immediately.*
Officially licensed
All our keys are sourced direct from the game's official publisher.

Edition: Single
Single
3 Pack
£11.39
Activates in United Kingdom
Get the following items free with any paid order.
Easter Eggstravaganza Mystery Coupon
FREE
FREE
Redeem on Steam
This game requires a Steam account to play.
Instant delivery
Your purchased keys will be available immediately.*
Officially licensed
All our keys are sourced direct from the game's official publisher.