Rated 'EXCELLENT' Based on 67,298 reviews
14 Day Money Back Guarantee on this product** 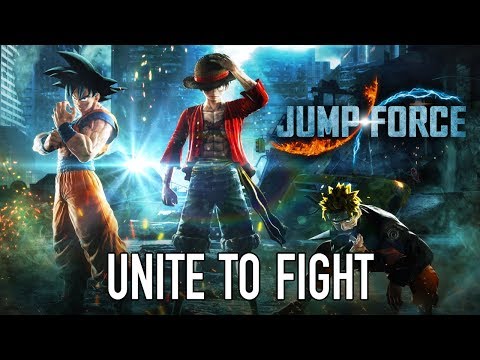 JUMP at the chance to play this Steam game!

Witness a clash of legendary manga and anime characters in an epic battle to decide the fate of multiple universes in arcade-style fighter JUMP FORCE.

With this Steam key, you'll customize your own character with a huge selection of cosmetics and items, and help popular heroes from the Shonen Jump universes take on notorious villains known as 'Venoms'.

HUGE ROSTER
Fight alongside the likes of Goku, Naruto and Monkey D. 'Straw Hat' Luffy and prevent humanity's downfall at the hands of mind-controlled villains led by the menacing Kane and Galena.

Learn the ropes from vigorous training levels, level up your character and stop your enemies from gaining access to mysterious artifacts capable of merging all worlds into one hell-like universe.

FIGHT YOUR 'FRIENDS'
Mastered the art of kicking the AI's butt? It's time to show your friends and fellow gamers what you're made of. Choose from over 40 characters and battle in local and online multiplayer battles!

YOUR MISSION, SHOULD YOU CHOOSE TO ACCEPT IT
Head to the mission counter and help fellow heroes from Alpha, Beta and Gamma teams in their fight against the Venoms. Earn experience points, gold and unlock new abilities by completing missions to help boost your avatar's power.

Give your fighter the upper hand by also equipping Jump Skills (J-Skills) - similar to Z Souls featured in the Dragon Ball Xenoverse series - and unleash powerful attacks in battle.

THREE'S THE MAGIC NUMBER
Choose your trio of heroes and engage in fast-paced 3v3 tag combat across a huge choice of 3D environments. Keep your team in check by managing the shared health and ability gauges.

Equip Support Skills to give your team a boost, but be cautious as this will drain your SP level!

If you're a fan of manga, and grew up watching or reading the likes of Dragon Ball, Yu-Gi-Oh and Naruto, you're in for one heck of a treat with JUMP FORCE. Boasting a huge roster of characters featuring in the storyline and in both local and online 3v3 battles, this arcade-style fighting Steam games gives you the opportunity to see your favorite characters in action like never before, all thanks to its beautifully designed 3D cel-shaded characters and battle arenas.
Redeem on Steam
This game requires a Steam account to play.
Instant delivery
Your purchased keys will be available immediately.*
Officially licensed
All our keys are sourced direct from the game's official publisher.

£43.67
£49.99
-13%
Activates in United Kingdom
Get a coupon for ...
5% Offyour next order
when you purchase this product
Exclusions apply. The coupon will be emailed to you.
Redeem on Steam
This game requires a Steam account to play.
Instant delivery
Your purchased keys will be available immediately.*
Officially licensed
All our keys are sourced direct from the game's official publisher.