Rated 'EXCELLENT' Based on 69,900 reviews
14 Day Money Back Guarantee on this product** 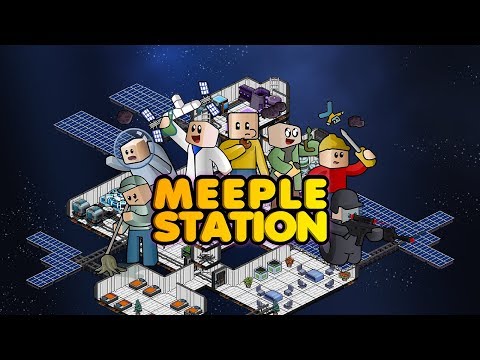 Have you ever wanted to build your own space station? Trade goods and care for the inhabitants? Explore distant galaxies and take on daring missions while trying to keep your meeple alive! Meeple station is an open-ended space station simulator in the vein of Rimworld that succeeds in doing just that. Live a never ending adventure whilst trying to make the best of your ramshackle station.

Want to build a sprawling, multi levelled station that caters to your Meeple’s needs? Focus on trade, mining and research whilst keeping your hapless Meeple alive by generating power, life support wiring your station up. Set up a botany department in the basement, only to have a fuel line cut and set fire to it. Fix leaks caused by your fuel line not being maintained, or bits of your station lacking oxygen due to an open airlock. SCIENCE!

Remember kids, failure is fun. When something goes wrong, it goes REALLY wrong in Meeple Station. Your officer could decide that the airlock isn’t necessary and deconstruct it, wiping out half your station, only for a stray meteor to hit your solar array, powering down your life support while everyone is snoring away in bed. Trade any of the myriad of goods you scrounge up. Become a mining station, strip mine entire quadrants and sell the runoff to a trading faction nearby but be wary of pirates and face eating space-squids.

Explore the galaxy in search of new resources to sell and people to meet. Go anywhere you please so long as you have enough fuel and an engine! Do you want to focus on engineering? Defence and security? Refining? Set up a research lab and hope for the best! Officers can unlock new tech, but they can be a difficult (cantankerous) bunch to appease, and if you let them, they can and will run your station into the ground! Good luck captain.