Rated 'EXCELLENT' Based on 66,781 reviews
14 Day Money Back Guarantee on this product** 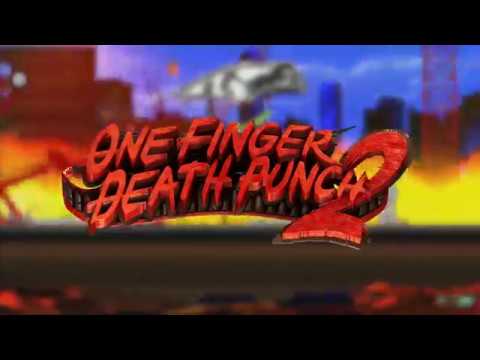 Experience critically-acclaimed kung fu fury with your One Finger Death Punch 2 Steam PC key. In this fast-paced beat 'em up sequel to the 'Overwhelmingly Positive' rated One Finger Death Punch, you'll be surrounded, outnumbered, and will have to use any weapon you can get your hands on to dismantle your opponents.

DANGER AT EVERY TURN
Once you complete the tutorial levels and learn the basics, you'll be ready for the most intense two-button game ever made. With 1,000 different animations available, literally, anything is possible.

*You can turn the announcer on or off in the options.

*Windows 7 might have issues playing the few video files in the game.

84
Critic Review Score
(25 Reviews)
Reviews provided by OpenCritic
PC Invasion
Steven Wong
"With hyper-fast action and super addictive gameplay, One Finger Death Punch 2 is a near perfect kung fu fighting game featuring stick figures."
TheSixthAxis
Gareth Chadwick
9 / 10
"One Finger Death Punch 2 is as fully realised as it can be. It's taken the concept of a two button action game and wrung every last drop out of the concept. What results is a...
TechRaptor
Samuel Guglielmo
9.5 / 10
"One Finger Death Punch 2 manages to take a simplistic gameplay system and turn it into one of the most bizarrely addictive score chasers I've ever played."
Reviews provided by OpenCritic
Redeem on Steam
This game requires a Steam account to play.
Instant delivery
Your purchased keys will be available immediately.*
Officially licensed
All our keys are sourced direct from the game's official publisher.

£1.44
£5.79
-75%
Activates in United Kingdom
Get the following items free with any paid order.
Easter Eggstravaganza Mystery Coupon
FREE
FREE
Redeem on Steam
This game requires a Steam account to play.
Instant delivery
Your purchased keys will be available immediately.*
Officially licensed
All our keys are sourced direct from the game's official publisher.