Rated 'EXCELLENT' Based on 69,912 reviews
14 Day Money Back Guarantee on this product** 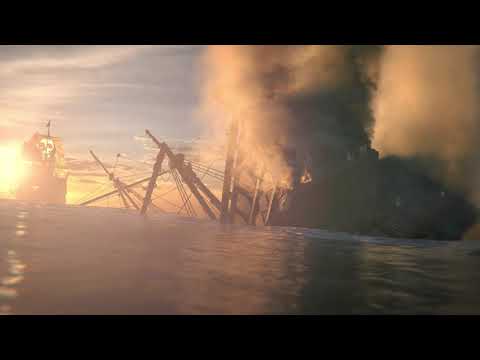 Set sail and join the colonial powers of Spain, England, France, and the Netherlands in their fight for supremacy of the Caribbean with your Port Royale 4 Steam PC key. Set in the 17th century, this latest installment in the strategy sim series sees you take control of a colony as a young and ambitious governor, eager to learn what it takes to manage and grow their small settlement into a bustling trader city.

Fulfill tasks for your nation’s viceroy, earning more fame to unlock town buildings, ships and more. Conquer the cities of rival nations or hunt down their fleets with a letter of marque while also keeping a keen eye out for pirates and other privateers.

NEW-TO-SERIES
For the first time in Port Royale's history, naval battles will be turn-based with up to eight ships battling at one time, and tactical captain maneuvers that can turn the tide in even the most hopeless of situations for a glorious victory.

RULE SUPREME
Choose from four colonial powerhouses - England, France, Spain and the Netherlands - each providing different benefits and unique gameplay styles, and take on four extensive single-player campaigns following each nation on their path to supremacy.

Appoint a leader for your adventure from four different character classes (The Explorer, the Merchant, the Buccaneer and the Pirate) each providing their own advantages and disadvantages.

BUILDING A BETTER TOMORROW
Select from 50 buildings, including 25 production sites, to produce goods like rum or luxuries. Construct town buildings with neighborhood effects to optimize productivity and manage the overall happiness of your citizens.

Licenses, building permits, new buildings and ships can be unlocked by growing your reputation within your nation.

-10%
£3.49
£3.14
Redeem on Steam
This game requires a Steam account to play.
Instant delivery
Your purchased keys will be available immediately.*
Officially licensed
All our keys are sourced direct from the game's official publisher.