Rated 'EXCELLENT' Based on 67,614 reviews
14 Day Money Back Guarantee on this product** 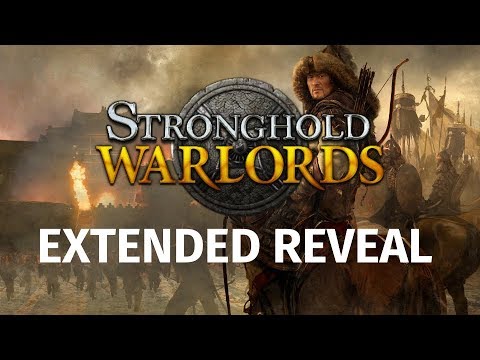 Take the battle to East Asia and experience bloodshed, glory, and leadership with your Stronghold: Warlords Steam PC key. In this latest strategy castle sim from Firefly Studios, you'll recruit, upgrade and command AI lords across the battlefield in the form of in-game ‘Warlords’ for the first time in the franchise.

WAR OF THE LORDS
Each warlord under your command boosts your strategic prowess with unique perks, characteristics, and upgradeable abilities. Put them to work for your industry, fortifying borders, forging weapons, or team up for a pincer attack!

Each campaign mission, skirmish game, and multiplayer battle means a fresh set of warlords to command and a new strategic depth to discover. Be victorious, and you'll unlock even more powerful castles, armies and abilities.

A NEW LOCATION
The next chapter in Firefly Studios' real-time strategy series, Stronghold: Warlords is the first game to recreate the castle economies of East Asia. In Warlords, you take command of Mongol hordes, imperial warriors, and samurai clansmen as you lay siege to Japanese castles and fortified Chinese cities.

Relive historical campaigns from 3rd century BC China through to the rise of the Shogunate and coming of the Mongol Empire.

LIFE AT THE CASTLE
Will you become the greatest lord in these lands? Try your hand at ruling through fear or admiration using a range of medieval entertainment, taxation, and torture.

£25.19
£34.99
-28%
Activates in United Kingdom
Spend over £8.00 in a single order to get the following items for free.
May Madness Spin to Win
FREE
View
FREE
Get a coupon for ...
5% Offyour next order
when you purchase this product
Exclusions apply. The coupon will be emailed to you.
Redeem on Steam
This game requires a Steam account to play.
Instant delivery
Your purchased keys will be available immediately.*
Officially licensed
All our keys are sourced direct from the game's official publisher.