Rated 'EXCELLENT' Based on 67,576 reviews
14 Day Money Back Guarantee on this product** 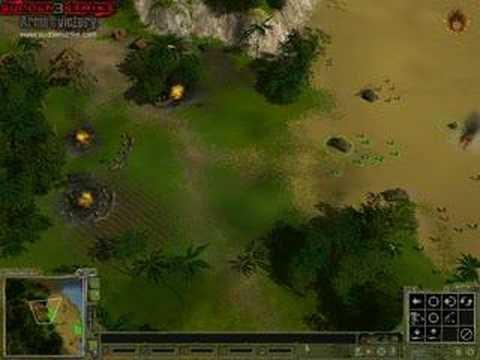 This is a re-release of three classic games. Even though they were tested on a variety of modern Windows PC configurations, unwanted side effects such as video/audio glitches and crashes may occur. If you are encountering technical issues with these games, please visit the community forums for assistance and support.

At the height of World War 2, take command of German, Russian, British, American and Imperial Japanese armies on battelfields across the globe. Sudden Strike 2 expands on all aspects of the classic RTS game with new units, maps and epic campaigns as well as overhauled multiplayer modes.

Experience the hit World War 2 real-time strategy game for the first time in full 3D glory, expanding on all strategic and tactical options. Command joint operations of naval, land-based and airborne units on the largest maps in the series. Newcomers and veterans alike will be right at home with an innovative user interface and improved AI.

£12.06
Activates in United Kingdom
Spend over £8.00 in a single order to get the following items for free.
May Madness Spin to Win
FREE
View
FREE
Get a coupon for ...
5% Offyour next order
when you purchase this product
Exclusions apply. The coupon will be emailed to you.
Redeem on Steam
This game requires a Steam account to play.
Instant delivery
Your purchased keys will be available immediately.*
Officially licensed
All our keys are sourced direct from the game's official publisher.