Rated 'EXCELLENT' Based on 69,086 reviews
14 Day Money Back Guarantee on this product** 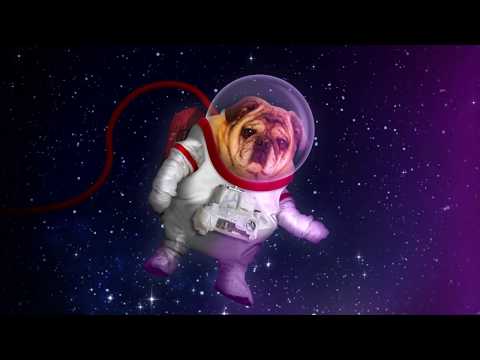 Give your Steam Library the five-star treatment and have a blast with your The Jackbox Party Pack 5 Steam PC key. In this installment from the hit fun-filled series, you'll get to enjoy five party-saving new games from the ever-popular Jackbox Games developer.

Players are tasked with answering multiple-choice questions and score points via in-game money earned for answering questions correctly and in a shorter amount of time.

SPLIT THE ROOM
A what-if game for 3-8 players. Create strange and divisive hypothetical situations in order to split the room's response. Laugh, argue, and ultimately discover which one of your friends or family members have the strangest logic!

MAD VERSE CITY
It's time to channel your inner MC with this lyric-writing game for 3-8 players. Featuring retro-cartoony art, players take on the role of a rap-battling robot, which also lets you write sick rhymes using your smartphone.

PATENTLY STUPID
Are you a problem-solving whiz? Jump into the act-fast competitive drawing game for 3-8 players, where players must create odd inventions to solve bizarre problems.

Join your seminar hosts Toby and Lena as they guide you through the world of invention and finance, with each seminar attendee (player) creating a bizarre problem that another attendee must solve.

CRAB NEBULA, ZEEPLE DOME
Out of this world fun! Join the deadliest game show for 1-6 players. Players must fling themselves at bloodthirsty aliens to win millions of Zubabucks!

Play using your phones, tablets or computers - no extra controllers are needed!

PLEASE NOTE: The Jackbox Party Pack 5 is in English only. The game is local multiplayer but can be enjoyed over streams with remote players.

Fanatical about: The Jackbox Party Pack 5

Jackbox is back! Players who have experienced the original Party Pack games will be able to enjoy a brand-new You Don't Know Jack mode, as well as four other unique and exciting games that will have you, your friends and your family laughing, squabbling and - most importantly - having a brilliant time together.

79
Critic Review Score
(36 Reviews)
Reviews provided by OpenCritic
Game Informer
Jeff Cork
8 / 10
"Your enjoyment is dependent on the room's creativity, but great prompts and easy-to-learn games help the humor-challenged from ruining everyone else's fun"
Shacknews
Ozzie Mejia
8 / 10
"It's a wildly entertaining package, with clever premises that can consume entire parties for hours at a time. And even if there isn't much for a solo partier to do here, it's...
Eurogamer
Emma Kent
Recommended
"Patchy, chaotic but ultimately hilarious mini-game collection that proves Jackbox is still king of the party genre."
Reviews provided by OpenCritic
Redeem on Steam
This game requires a Steam account to play.
Instant delivery
Your purchased keys will be available immediately.*
Officially licensed
All our keys are sourced direct from the game's official publisher.

£20.14
£23.79
-15%
Activates in United Kingdom
Also available in these bundles
THE JACKBOX PARTY TRILOGY 2.0
£53.25
The Jackbox Quintpack
£75.80
Get a coupon for ...
5% Offyour next order
when you purchase this product
Exclusions apply. The coupon will be emailed to you.
Redeem on Steam
This game requires a Steam account to play.
Instant delivery
Your purchased keys will be available immediately.*
Officially licensed
All our keys are sourced direct from the game's official publisher.