Rated 'EXCELLENT' Based on 66,896 reviews
14 Day Money Back Guarantee on this product** 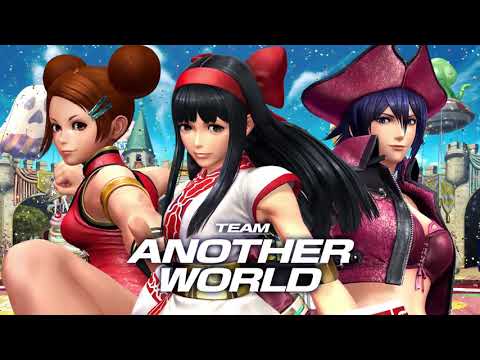 Show your strength in the newest entry in the acclaimed KOF series and enjoy a huge roster of battle-ready warriors in THE KING OF FIGHTERS XIV STEAM EDITION. With this Steam PC key, you'll experience the iconic gameplay that the series is known for with new 3D visuals, a first for a mainline entry in the series!

WHO WILL YOU FIGHT AS?
Enjoy one of the largest character rosters ever in the KOF Series with 50 playable characters ready for epic battles.

A NEW CHAPTER
The KOF Series' storyline has been continuing over the OROCHI, NESTS, and ASH sagas - but its rich story has not yet finished.  Experience the brand new exciting story arc with KOF XIV STEAM EDITION.

CHOOSE YOUR IDEAL GAME MODE
KOF XIV STEAM EDITION features a large variety of game modes such as STORY MODE, VS MODE, and a GALLERY MODE for the best KOF experience ever.

Please note: This game is the standard THE KING OF FIGHTERS XIV STEAM EDITION, not the Ultimate Pack.

79
Critic Review Score
(66 Reviews)
Reviews provided by OpenCritic
GamesRadar+
Lucas Sullivan
"Whether or not you dig its new look, KOF 14 offers everything you could want in a fighting game: refined gameplay, a bevy of appealing characters, and accessibility that gives...
Eurogamer
Simon Parkin
Recommended
"The return of SNK's flagship series offers concessions to beginners, and new depths for veterans."
IGN
Darry Husky
8 / 10
"King of Fighters XIV offers an astonishing amount of content, with nearly double the playable characters of most other games available on day one. The fighters themselves are...
Reviews provided by OpenCritic
Redeem on Steam
This game requires a Steam account to play.
Instant delivery
Your purchased keys will be available immediately.*
Officially licensed
All our keys are sourced direct from the game's official publisher.

Franchise:
The King of Fighters

£44.99
Activates in United Kingdom
Get a coupon for ...
5% Offyour next order
when you purchase this product
Exclusions apply. The coupon will be emailed to you.
Redeem on Steam
This game requires a Steam account to play.
Instant delivery
Your purchased keys will be available immediately.*
Officially licensed
All our keys are sourced direct from the game's official publisher.

Franchise:
The King of Fighters