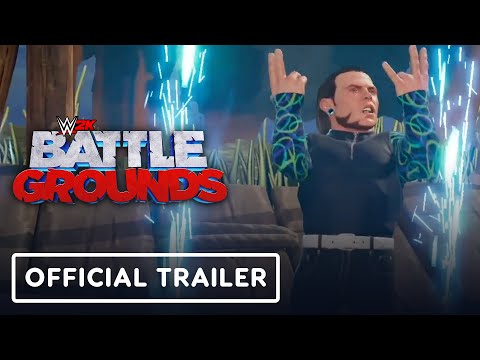 Upgrade to the Digital Deluxe Edition and brawl with your favorite WWE Legends. Raise some hell with Stone Cold Steve Austin, lay the SmackDown with The Rock, and get rowdy with Ronda Rousey. The WWE 2K Battlegrounds Digital Deluxe Edition includes three versions of each Superstar, along with pre-order bonus Edge and 1100 Golden Bucks, used to unlock additional WWE Superstars and Legends, vanity items for your created characters and parts for your custom arenas.

The world of WWE is your battleground with all-new, over the top, in-your-face arcade action as your favorite WWE Superstars and Legends battle it out in outlandish interactive environments around the world. Compete in your favorite match types with an arsenal of exaggerated maneuvers, special abilities, and devastating power-ups, including Steel Cage, Royal Rumble, Fatal Four Way and more, as Mauro Ranallo and Jerry “The King” Lawler call all the mayhem! Are you ready to enter the battleground?

Featuring over 70 WWE Superstars and Legends, take your favorites into battle with unrestrained, unhinged, and in-your-face pandemonium! Pull off over-the-top moves and use your special abilities to destroy your opponent while battling in interactive environments during multiplayer action!

Battle It Out Across the Globe!

Play through an all-new story mode told through original comic strips, alongside Paul Heyman and Stone Cold Steve Austin and help lead the charge to find the next WWE Superstars! Battle as unique and colorful new characters against established WWE Superstars to test your mettle and show your skills while unlocking new characters and Battlegrounds along the way.

Make WWE 2K Battlegrounds your own with tons of customizable parts as you create, customize, and edit your own original created characters and Battlegrounds!

Battle with Friends – Online or on the Couch

Compete in Online Tournaments or stake your claim as King of the Battleground and survive the online melee against players from around the world! Plus, battle it out in local multiplayer and dominate your friends!

£16.64
£44.99
-63%
Will not activate in United Kingdom
Spend over £8.00 in a single order to get the following items for free.
FREE
Release Date: September 2020
Get a coupon for ...
5% Offyour next order
when you purchase this product
Exclusions apply. The coupon will be emailed to you.
Redeem on Steam
This game requires a Steam account to play.
Instant delivery
Your purchased keys will be available immediately.*
Officially licensed
All our keys are sourced direct from the game's official publisher.

-11%
£39.99
£35.69
©2020 Saber Interactive. Published and distributed by 2K Games, Inc. Saber Interactive is a trademark of Saber Interactive, Inc. 2K and the 2K logo are trademarks of Take-Two Interactive Software, Inc. All rights reserved. All WWE programming, talent names, images, likenesses, slogans, wrestling moves, trademarks, logos and copyrights are the exclusive property of WWE and its subsidiaries. © 2020 WWE. All rights reserved. Andre the Giant TM licensed by CMG Brands, LLC. All other trademarks are property of their respective owners. Use of this product requires agreement to the following third party end user license agreement: http://www.take2games.com/eula/