Rated 'EXCELLENT' Based on 67,419 reviews
14 Day Money Back Guarantee on this product** 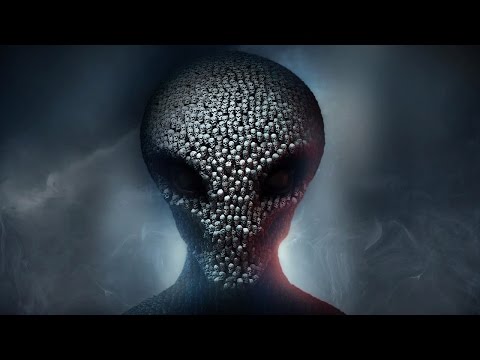 Sequel to XCOM: Enemy Unknown, the 2012 award-winning strategy game of the year, prepare to fight for the human race in the intense turn-based strategy game XCOM 2. With this Steam key, you’ll experience the awesome second installment in the XCOM franchise – set 20 years after its predecessor – where the aliens have destroyed the planet’s last line of defense, forcing the few human survivors left to band together and fight back.

LAST HOPE
Alien leaders promise a brilliant future for humanity on the surface, while concealing a sinister agenda and eliminating all who dissent from their new order. It’s up to you and fellow soldiers to eliminate the deadly alien forces that prevail.
Take control and command the Avenger, an alien supply craft converted to XCOM’s mobile headquarters, and guide your strike team into conflict. Make sure that you have the tactical edge and decide how to grow popular support, and when to combat enemy counter-operations.

VIVE LA RÉSISTANCE!
Recruit your team of soldiers from five different classes, each with its own skill tree, and command specific soldiers for your tactical plan. Use concealment to ambush enemy patrols and loot enemies for precious gear and artifacts.
Look after your team by saving fallen comrades and carrying them to the extraction point, as well as rescuing VIPs.

A NEW ENEMY
Witness powerful new alien species known as Advent, the enforcers of the alien regime who offer players a distinct tactical challenge. Go up against the Advent and target the heart of the alien-controlled megacities across a virtually infinite combination of maps, missions and goals.

RESEARCH AND UPGRADE
Configure and build rooms on the Avenger to give XCOM new and stronger capabilities on the battlefield. Use your Scientists and Engineers to research, develop and upgrade weapons and armor to coincide with your preferred tactics.

TAKE THE BATTLE ONLINE
Want to fight alongside the aliens instead of completely destroying them? Head over to the multiplayer mode, mix-and-match squads of humans and aliens and battle head-to-head on randomly-generated maps.

£47.99
Sold out - Sorry, this product is temporarily unavailable.
Get a coupon for ...
5% Offyour next order
when you purchase this product
Exclusions apply. The coupon will be emailed to you.
Redeem on Steam
This game requires a Steam account to play.
Instant delivery
Your purchased keys will be available immediately.*
Officially licensed
All our keys are sourced direct from the game's official publisher.

-11%
£24.99
£22.30
Use of this product requires agreement to the following third party end user license agreement: http://www.take2games.com/eula/