Rated 'EXCELLENT' Based on 69,135 reviews
14 Day Money Back Guarantee on this product** 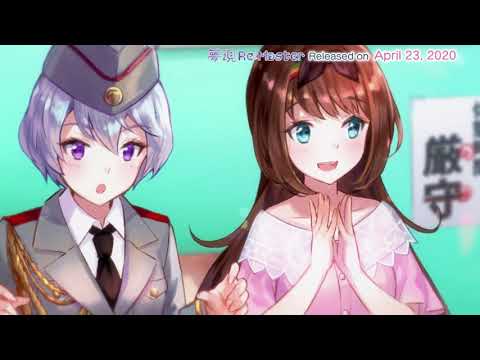 Country girl Ai Otori joins the game company where her sister works. There her story of love, mystery, and game-making begins.

Yumeutsutsu Re: Master is a girls-love adventure game set in a small Japanese game studio.

The story is set in the town of Koenji, not far from the imperial capital of Tokyo, where a small game studio called Eureka Soft has set up shop.

The heroine Ai, a country girl, joins her sister Kokoro who works there, after receiving a mysterious email from the studio head.

There she meets the quirky all-girl (and a dog) cast: the big sisterly head of the studio, her sister, giving her a cold shoulder, the maid/voice talent, the "tiny dinosaur" scenarist, the uniformed artist, and Banako, the dog and vice-president. Ai starts learning about game-making as she slowly pieces together the mysteries of her colleagues.

Ai's world will expand bit by bit, as the game production begins.

£46.25
£51.49
-10%
Activates in United Kingdom
Get a coupon for ...
5% Offyour next order
when you purchase this product
Exclusions apply. The coupon will be emailed to you.
Redeem on Steam
This game requires a Steam account to play.
Instant delivery
Your purchased keys will be available immediately.*
Officially licensed
All our keys are sourced direct from the game's official publisher.